Newgarden replaces Juan Pablo Montoya in Penske's line-up for 2017, after five seasons in the series with Sarah Fisher Hartman Racing and then Ed Carpenter Racing.

Pagenaud won a pair of races on his way to fifth in the 2014 standings with Schmidt Peterson Hamilton Motorsports, but then finished his first Penske season a winless 11th in the points.

While Pagenaud bounced back in style to win the 2016 title, Newgarden does not anticipate a similar transition phase.

"Simon is an interesting case because if you look back at it, he didn't have that terrible a year in a lot of respects [in 2015]," Newgarden said.

"The results weren't what they wanted, they finished outside the top 10 in the championship.

"But from a speed standpoint, Simon didn't struggle the first year.

"That wasn't the missing ingredient.

"So I'm hoping that's not a problem in the transition. I don't foresee it being a problem."

Newgarden believes the fact he is taking over an existing entry at Penske will help, compared to Pagenaud (pictured in 2015) arriving to drive a newly-added fourth car. 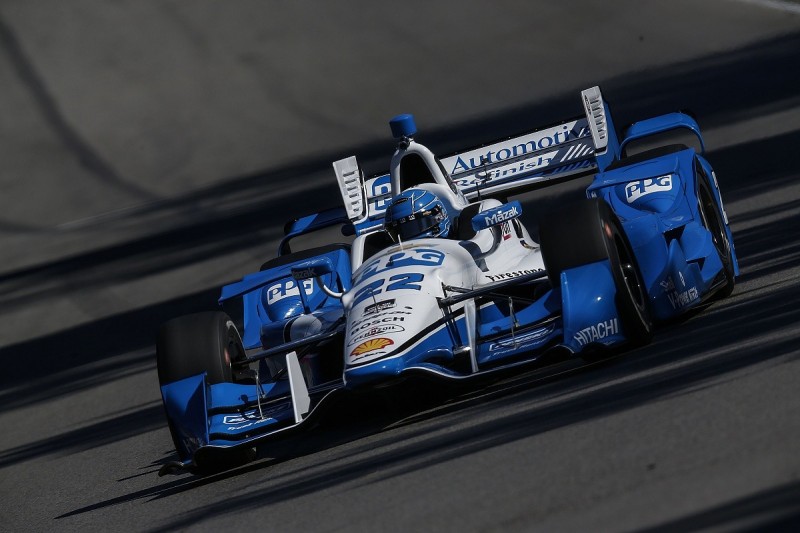 "He's talked about the difficulty of them having to add a team, different people," Newgarden said of Pagenaud's experience.

"Sure, he brought over [race engineer Ben] Bretzman so that was his continuity for him, but there were some other elements that weren't continuity.

"With me, it's going to be a different ball of wax. I've got an existing team on the #2 car.

"They've been in place for a while, so that shouldn't be as big of a shuffle from the team side.

"It's going to be more me learning how the team operates, gelling with my engineer [Brian Campe] very quickly.

"That's going to be the biggest difference for me.

"It's hard to predict how it's going to go. I think all signs point that we could have a very good start to the season."