Jay Howard led the way on day four of practice for the 2017 Indianapolis 500, with Fernando Alonso fourth fastest

Alonso, who completed an Andretti Autosport 2-3-4, was also into the top 10 without the aid of a draft, with a effort of 223.687mph to claim ninth.

Team Penske-Chevrolet driver Josef Newgarden, who crashed and only completed 35 laps, was fifth ahead of Sage Karam in the Dreyer & Reinbold Racing-Chevy.

Newgarden lost the rear of the car at the apex of Turn 1 and spun into the wall, twice making contact with the barrier on the way into Turn 2. 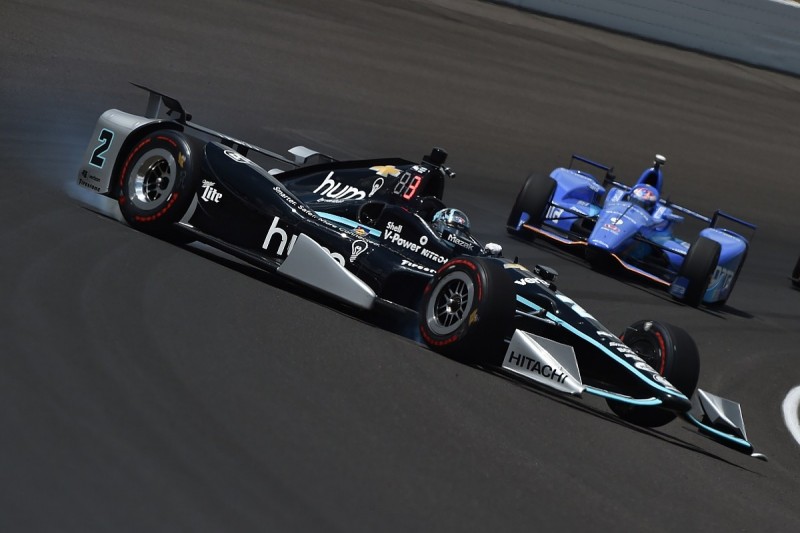 The 26-year-old, who finished third in last year's edition, stepped out of the wreckage unaided before attending the medical centre where he was cleared and released to drive by medics.

"I banged my foot a little bit, so it's going to be bruised for the next couple of weeks, but I'll get through that," said Newgarden.

"I'm totally fine, the car did its job like it always has. "It's obviously not something you want to do, especially on a day like today - a pretty nice day out, no big issues.

"I just got called into the pits, so I was coming in and I didn't want to check up too much for the guys behind me and cause a problem.

"It just seemed to get away from me. Until I get to look at everything, I'm not 100% sure what caused it.

"It was probably my mistake, but until I get to look at everything it's hard to tell - I feel bad for our guys that we've got extra work."

In the no-tow category, Takuma Sato put Andretti Autosport on top and led a quartet of Hondas of Charlie Kimball, Graham Rahal and Hunter-Reay.

Ed Carpenter, who topped the third day of practice, was fifth and the leading Chevrolet runner.

Penske duo Helio Castroneves and Will Power completed the most laps, clocking up 117 and 103 laps respectively.