IndyCar switched to its new design for 2018 after three years of costly and complex manufacturer aerokits, which has moved the series closer to a spec category and drawn criticism from Penske.

But the universal aerokit can be developed in certain areas, primarily by modifying the set-up of the car, as long as approved parts are used.

Reynard previously produced race-winning chassis in the Champ Car series back in the 1990s before the company went bankrupt in 2002. Following its revival, it has recently worked with Ginetta on its LMP1 programme.

The company's founder Adrian Reynard confirmed to Autosport that he is now working with IndyCar teams.

"We're moving back into IndyCar," Reynard told Autosport. "We're testing with various teams who want to benchmark the car.

"It's a restricted formula but you are allowed to change some things."

Reynard added that the development involves aerodynamic testing with a 50% car model in his Auto Research Centre windtunnel in Indianapolis.

"Basically, it's about setting up, arriving at the track with the right aerodynamic drag-downforce distribution and understanding how the car reacts at different ride heights and roll angles and pitch angles," he said.

"It's essentially the same one [windtunnel] that Toro Rosso uses in Formula 1, and it's the same one Mercedes used until they inherited that big Honda windtunnel.

"I built it 20 years ago in Indianapolis, and it's still very relevant today." 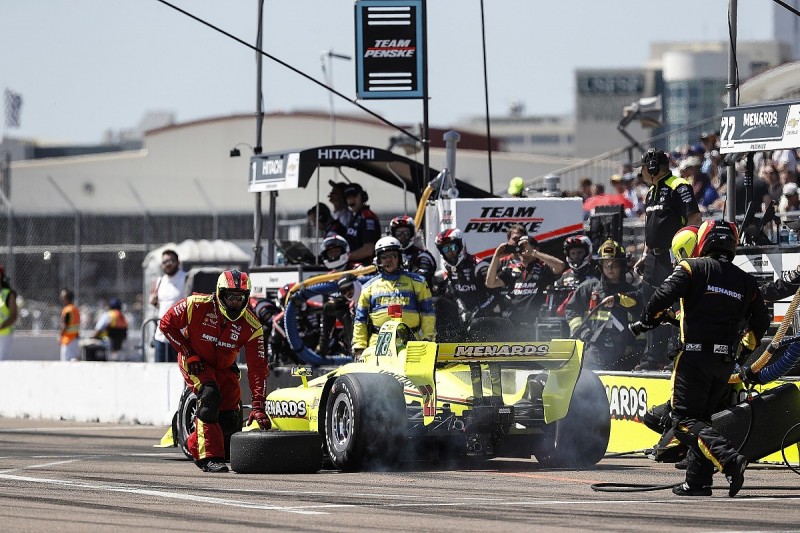 Leading IndyCar teams Penske and Schmidt Peterson Motorsports told Autosport they were not working with Reynard, while Chip Ganassi Racing and Andretti did not respond to an enquiry.

Current chassis builder and IndyCar series partner Dallara told Autosport it was "normal" for teams to utilise such relationships with outside groups.

"Race teams and engine manufacturers in IndyCar are free to measure and improve the car performance by testing in the wind tunnels, running CFD, or whatever," said Dallara's head of R&D and US business leader, Andrea Toso.

"There are a few details which are subject to optimisation like radiator inlet shuttering, ride heights and brake scoop blanking, provided that they use the approved parts. It is normal."