James Hinchcliffe to drive for McLaren SP IndyCar team in 2020

McLaren's new partnership with what is currently Arrow Schmidt Peterson Motorsport means a switch from Honda to Chevrolet engines.

Hinchcliffe, an SPM driver since 2015, has long-standing ties with Honda and well-placed sources had suggested American Honda and Honda Canada would buy the 32-year-old Canadian out of the last year of his current contract to place him with another Honda-powered squad.

But team boss Sam Schmidt has confirmed that agreement has been reached for Hinchcliffe to stay put.

"We're very pleased James is staying, absolutely," Schmidt told Autosport, "although I'm not sure why there was all that speculation.

"James had a year left on his contract with us, and I always wanted the continuity of going into next season with at least one established driver with measurable experience and talent and wins under his belt.

"So there was willingness on both sides to continue as per our contract."

Schmidt said the question over who will drive second car in 2020 remains "wide open."

Marcus Ericsson, the ex-Formula 1 driver who joined Arrow SPM at the start of this season, has remained a 'third driver' for the Alfa Romeo F1 team.

In that capacity he was called to Spa-Francorchamps this weekend to be on standby should Kimi Raikkonen's pulled muscle prevent him from driving in the Belgian Grand Prix.

Ericsson's last-minute replacement for this weekend's Portland IndyCar race is Conor Daly, who despite having never even driven the track on a simulator has qualified just 0.02 seconds behind Hinchcliffe as they secured eighth and ninth on the grid. 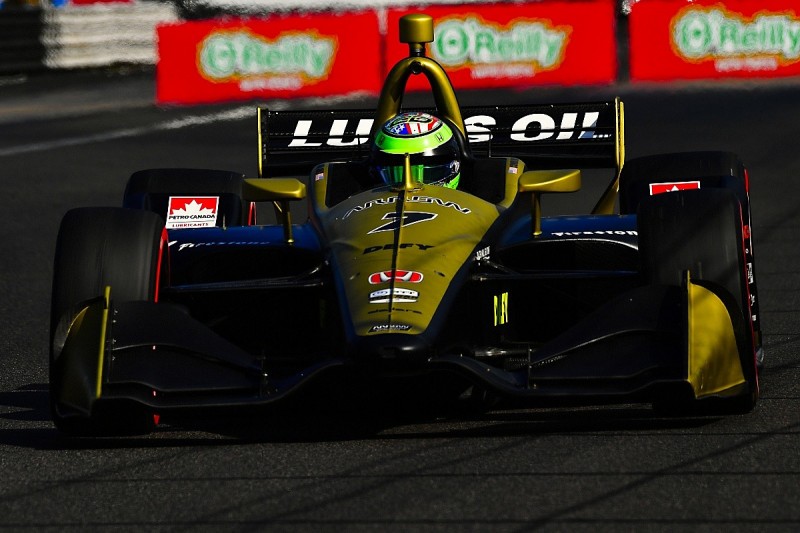 Schmidt said Hinchcliffe's confirmed presence eased the pressure on who to pick as his team-mate.

"James staying on allows us to run another veteran if the right opportunity comes up, or a pure rookie if it's the right one," he said.

"Obviously you'd like to pick up a driver with some level of experience who has showed promise but honestly it's wide open for that second seat right now."

Asked if one of those contenders for the #7 seat included current incumbent Ericsson - and whether the Swede will return for the IndyCar season finale - Schmidt replied, "Absolutely he's a contender, and yes, Marcus will be back with us for Laguna Seca."

On the subject of whether new partner McLaren would be happy with a Hinchcliffe-Ericsson line-up, Schmidt replied: "Yes - and that's another thing that seems to have got lost or out of control in the media since the McLaren announcement.

"Thank God [partner] Arrow were able to look at the big picture because they had exclusive naming rights, but they agreed to step aside and share those naming rights which was a huge first step."

Nicholas Latifi, whose father owns a stake in McLaren, has also been mooted as a potential contender for a McLaren SP 2020 seat but is also in contention for a Williams F1 race seat.