Scott Dixon, Marcus Ericsson, Tony Kanaan and Alex Palou have formed a Chip Ganassi Racing 1-2-3-4 on top of the speed charts halfway through the third day of practice for the Indianapolis 500.

The session started with a bizarre moment while the Rahal Letterman Lanigan of defending Indy 500 winner Takuma Sato, Graham Rahal and Indy ‘extra’ Santino Ferrucci drove very slowly in formation across the yard of bricks to create a photo opportunity.

Team Penske’s rookie Scott McLaughlin and Indy 500 returnee Simona de Silvestro came onto the pitstraight and seeing the slow cars ahead – and presumably warned by their spotters – the pair backed off in response to the tardy trio ahead.

However, Colton Herta in his Andretti Autosport came around Turn 4 at regular speed to be confronted by McLaughlin’s slowing car, and had to squeeze between the Penske and the outside wall. The gap wasn’t quite big enough for Herta’s car, and he made contact with both McLaughlin’s car and the wall. There wasn’t a huge amount of damage done, but both cars had to be towed back to Gasoline Alley and repaired in their respective garages.

Another odd incident involving a Penske occurred when Will Power was allowed out on the track with the driver cooling fan still attached to the cockpit. The 2018 Indy 500 winner completed one slow lap and returned to pitlane, where the fan fell off at the feet of Palou’s Ganassi crew. 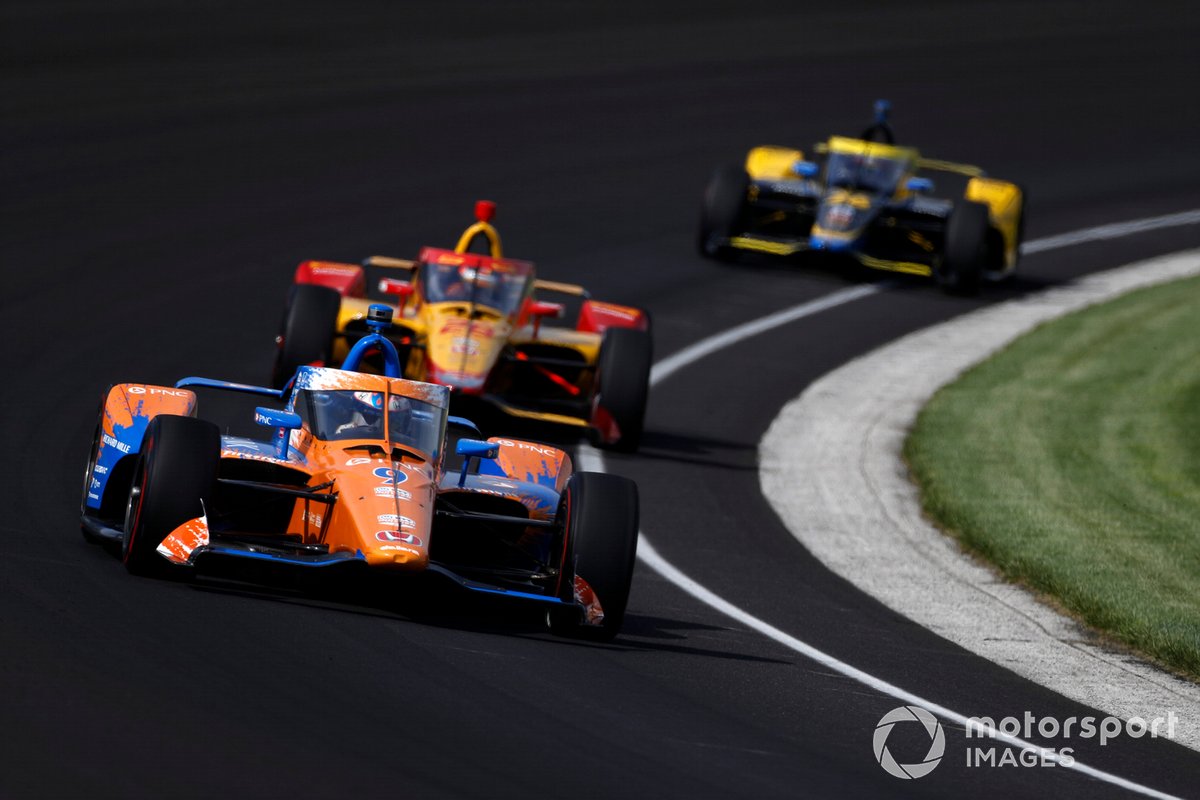 Several drivers have run four-lap qualifying simulations, and in the no-tow speeds, Jack Harvey’s Meyer Shank Racing-Honda has turned a 222.091mph, ahead of Pagenaud, Rossi, Power, Newgarden and the field’s only team owner/driver and three-time polesitter Ed Carpenter.

Weather allowing – and there is no rain forecast – action will conclude at 6pm local time.

This is the last time the cars will run their BorgWarner turbos at race boost – 1.3-bar – before being upped to 1.4-bar for Fast Friday and qualifying weekend.