Qualifying is held over two days, with Saturday deciding which drivers get into the 'Fast Nine' shootout that will decide the front three rows of the grid, and the order of the 33-car field set on Sunday.

Each of the 33 drivers will complete a single qualifying run of four timed laps, with the average of those dictating their final time.

The initial order for this is decided by a draw that took place on Friday night after practice finished.

Once all 33 drivers have had their runs, they then have the option to go again to improve their positions.

Drivers who withdraw their qualifying times go into the fast lane in the queue to go back out, while those who want to have another run without discarding their previous runs go into lane two.

As the name suggests, the fast lane has priority and those in the queue in lane two have to wait for gaps.

This process continues until the end of the session, although the Saturday ranking only decides the Fast Nine contenders.

Every car has to complete a four-lap qualifying run on Sunday, with Group 1 qualifying starting at 1445.

This decides positions 10-33 on the grid, with no opportunity to make second attempts.

At 1700, the Fast Nine session begins, with each of the nine drivers completing one four-lap qualifying run to decide the front three rows of the grid.

This runs in reverse order of their Saturday pace, with ninth fastest going first and the pacesetter going last.

IndyCar championship points are awarded for qualifying, with 42 points for the pole winner down to one for the last qualifier. 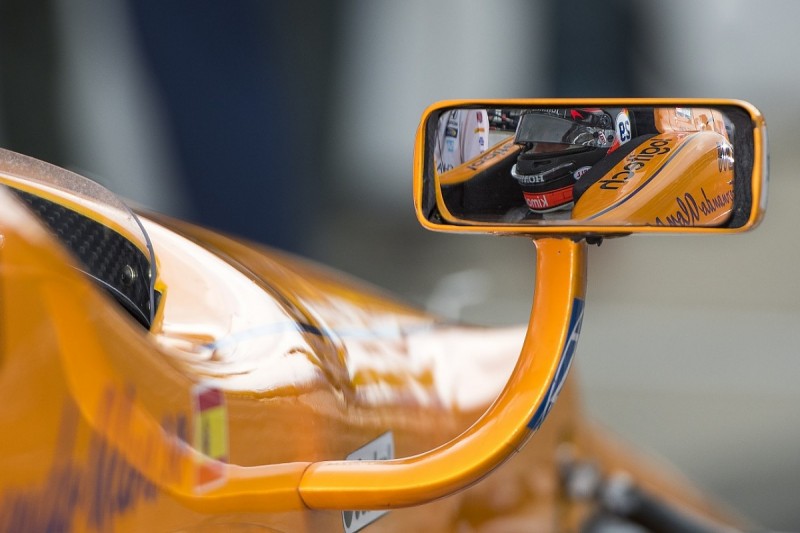 Double Formula 1 world champion Fernando Alonso hopes a place in the pole shootout is realistic for his first taste of Indy 500 qualfying.

The McLaren Honda Andretti driver was fourth fastest on Fast Friday with a best speed of 231.827mph, and adapted well to driving the car in qualifying trim with lower levels of downforce and increased boost.

"It's going to be interesting to see what trim configuration the team decides is the optimum," said Alonso.

"[Saturday] is all about doing a good four laps, hopefully [getting into] the Fast Nine and then wait for Sunday for the real, final classification.

"It was another learning day. We'll see what we can do, but not much pressure [for qualifying]."

Alonso said the car did "not really" feel different in qualifying trim despite lapping at an average speed that was 6mph faster than his previous best at Indianapolis.

"At the end of the day, when you are in the car you don't realise if you are six or seven mph faster," said Alonso.