The Harding Racing Dallara-Chevrolet driver clocked a 228.160mph lap to top the session by a mere 0.1mph ahead of Graham Rahal's Rahal Letterman Lanigan Racing Dallara-Honda.

This pair were some 3mph clear of the AJ Foyt Racing Dallara-Chevrolets of Conor Daly and Carlos Munoz, with Jack Harvey turning a 222mph lap in the #50 Andretti Autosport Dallara-Honda, run by Michael Shank Racing. 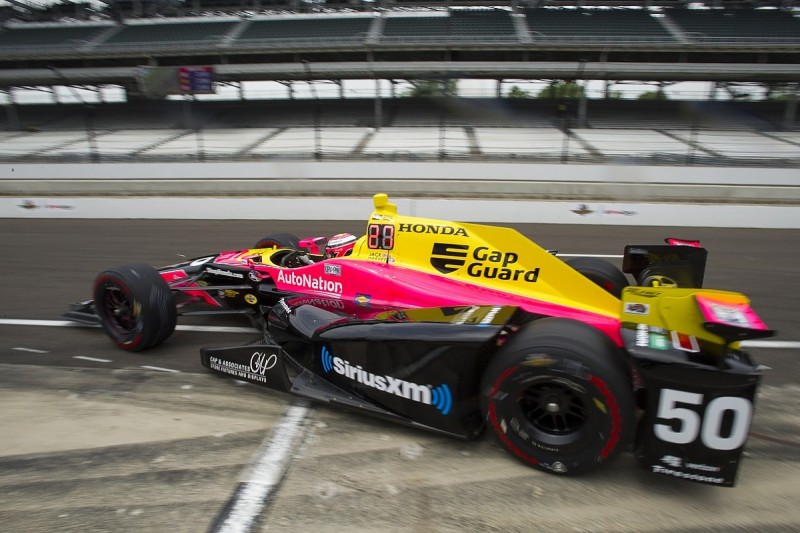 Harvey lost track time on Friday with a blown engine, the fifth HPD unit to let go since last weekend's race on the Indianapolis road course.

Ryan Hunter-Reay, Buddy Lazier and Sage Karam completed their laps very early in the session and were the only other runners to venture onto the course.

Qualifying runs from 11am-6pm local time and will decide which drivers make Sunday's 'Fast Nine' pole shootout, and which drivers will compete for positions 10 through 33.