Sebastien Bourdais led a Honda 1-2-3-4 in 'Fast Friday' Indianapolis 500 practice, as full-on qualifying set-ups were used for the first time and Fernando Alonso again made the top four

Dale Coyne Racing driver Bourdais set his time early on, before rainstorms halted running for over two and a half hours.

He was 0.1637 seconds faster than Andretti's Ryan Hunter-Reay, whose team-mate Takuma Sato was third.

McLaren Andretti Autosport driver Alonso jumped to fourth, two tenths off Bourdais, with 50 minutes to go, with a lap speed of 231.827mph.

He ran a very impressive four-lap qualifying simulation with all four laps over 231mph, and his no-tow lap speed was fifth best. 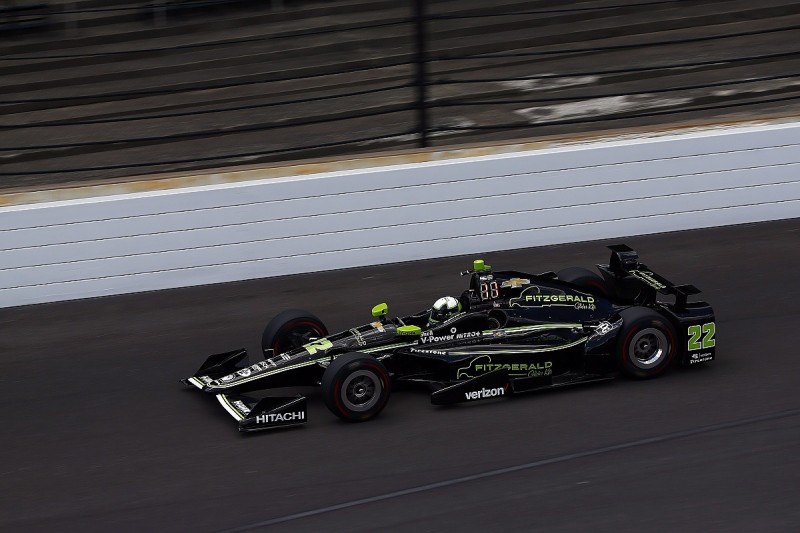 The fastest Chevrolet driver was Penske's Juan Pablo Montoya, with fifth fastest on 231.682mph, and the highest no-tow speed for a Chevy driver came from his team-mate, Will Power. It was a 230.730mph, around 1.5mph off Hunter-Reay's best, and seventh in the no-tow speeds.

Spencer Pigot suffered the first heavy crash of the day, slamming into the wall on the exit of Turn 2 in his Juncos Racing-run Dallara-Chevrolet.

He was unhurt, but seemed bewildered as to the cause of the crash.

"I went into Turn 2 like I have been and before I knew it I was backwards," said Pigot.

"That corner has not really been an issue for us all week so it's a pretty surprising place for something like that to happen.

"We just have to go back and look at everything and see what happened."

Zach Veach also crashed late in the day, impacting the wall twice at Turns 1 and 2 in his AJ Foyt Dallara-Chevrolet. He too was unharmed.