Both Colton Herta and Graham Rahal expressed surprise at how easily Detroit IndyCar Race 2 winner Pato O’Ward overtook them at the restarts, but Alex Palou believes he knows what is happening.

Herta, who lost third to Palou after trying to retaliate on O’Ward and made a slight error at Turn 3, said after the race that he was disappointed as he “had a fast car” but lost out in the final two restarts.

“We could definitely find some stuff to make the car a little better on restarts. Whatever Pato and the Schmidt guys have is really good. We need to work up towards that," Herta said.

“The car was fantastic and we were so fast, I would imagine we were one of, or the fastest car on the track most of the time. It felt wonderful. Full credit to the team, the stops were amazing and the strategy was perfect. It put us in the best position to win with Newgarden on the red [softer tyres] at the end, but unfortunately I didn’t get it done.”

Rahal added: “Pato did a wonderful job – but the Schmidt McLaren [sic] cars are always just so fast on restarts. We just have to figure out how they’re generating this tyre temperature when the rest of us seem to not. It’s a massive difference as everyone can see.” 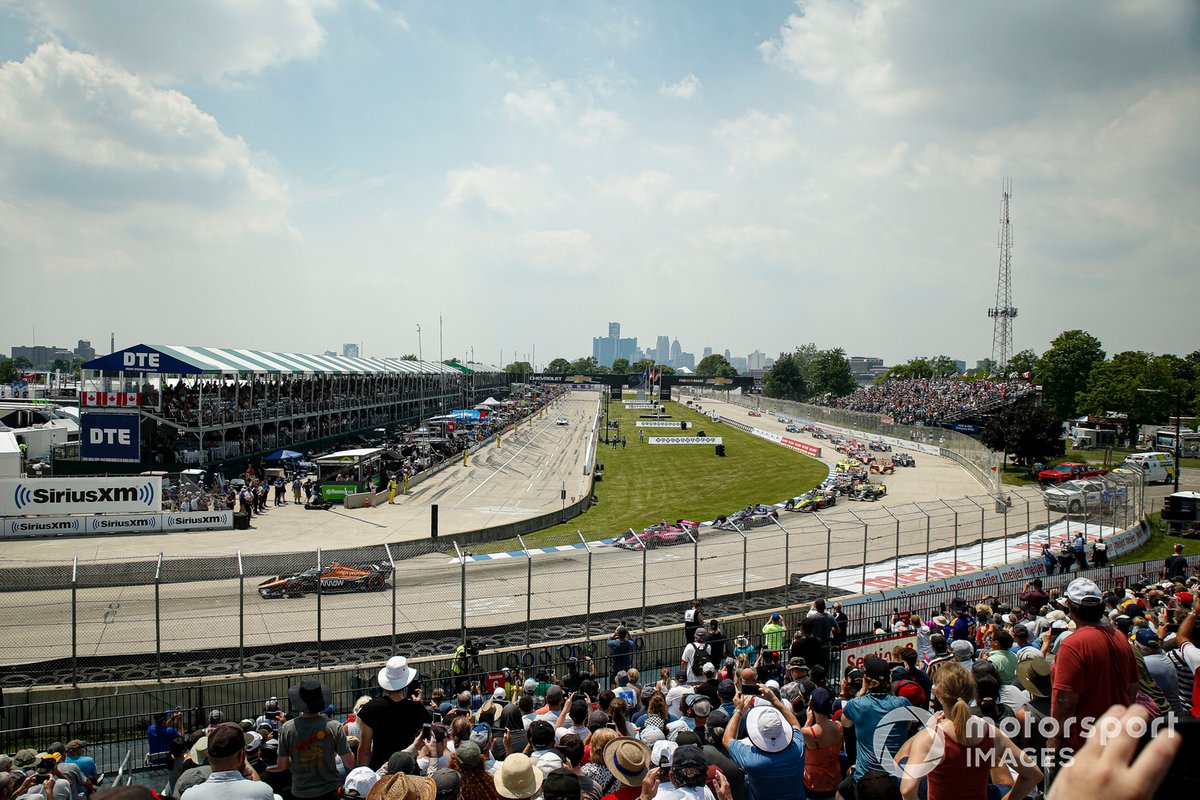 Palou, who finished third, believes that O’Ward’s Arrow McLaren SP car is set up to turn the tyres on rapidly, but he also pays a price for it.

“I think it's basically what we've been seeing all year, that they were able to switch the tyres on in one lap, and that's why they get so many poles – well, he’s got two, and he's always up there on qualifying.

“But that's also why he had to do an extra [tyre] stop in Indy road course, in St. Pete. There's a compromise, right?

“It worked really good this weekend, and we need to find that compromise, but we think we know what it is now. Not before, but now. So we're going to try, and if we can get that right, it's going to be really fun.”

But Palou also paid tribute to O’Ward’s approach to racing.

“I think he's really aggressive but really a good aggressiveness. He's not crazy. He doesn't dive bomb from like 50 metres away, so he's really good,” he said.

“You know when he's behind and he has a better car that he's going to overtake you. I think we've been really good on overtaking, as well. But the thing is if there's a driver that can switch on the tyres because of driving skills or because of the set-up, then that driver looks outstanding compared to all others.

“I think he overtook like six cars in two laps – that's crazy! We were all fighting against the walls, not trying to spin or to crash and he was like running fast times.”