The 2019 Indy Lights champion will receive an increased financial prize for winning the series, despite Mazda's withdrawal from the Road to Indy scheme at the end of this year

Mazda announced earlier this year it will end its $5million annual backing of the Road to Indy ladder, while still honouring the scholarships of 2018's winners.

Its decision came during a period of uncertainty, with Indy Lights grids usually featuring just eight cars and mixed field sizes in the lower categories.

But the Road to Indy scheme will be presented by Cooper Tyres in 2019, with Andersen Promotions - the organisers of the ladder - confirming an increased prize pot.

The total payout across the Road to Indy Ladder - Indy Lights, Pro Mazda and USF2000 - will reach $2m.

"We are pleased to announce the continuation of the highly regarded Road to Indy scholarship programme for all three of our champions each year," said Dan Andersen, owner and CEO of Andersen Promotions.

"Our goal has always been to advance the careers of talented drivers to the IndyCar ranks, and these awards will help pave the way for even more Road to Indy stars to race in future Indy 500s.

"There are no driver development programs in the world with as much on offer." 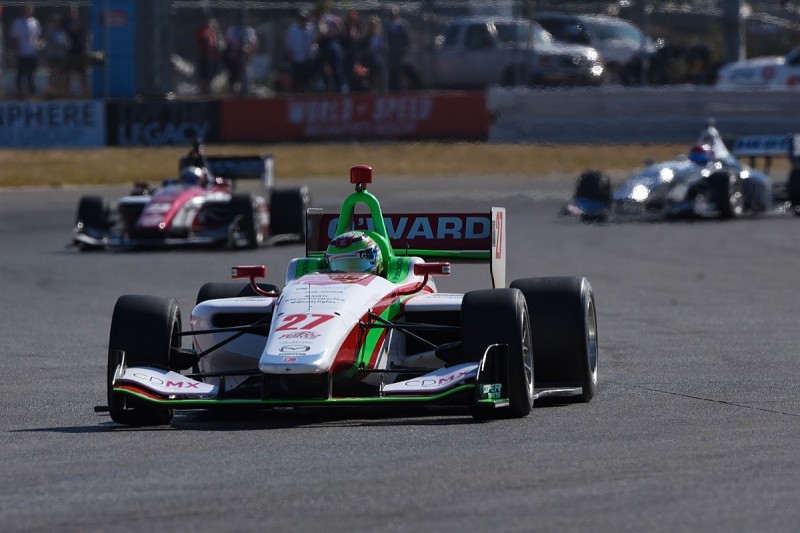 The Road to Indy's new series director Jonny Baker said the ladder must show its attractiveness to a wider audience in the future.

"The message needs to be that being an IndyCar driver right now is arguably more attractive than it's ever been in the last dozen years, and that recent Indy Lights graduates have got full-season contracts at the top level," he told Autosport.

"That resonates with a lot of people - as do the scholarships for the champions to help propel them to the next level."

Baker also explained his goals for the Road to Indy ladder.

"Getting the grid numbers up, and we've got to be realistic that it will be a progressive thing," he said.

"So for 2019 we want them all to increase, but there's not going to suddenly be 20 Indy Lights entries next year.

"With Lights, it would be fantastic if we were looking at 12 to 15 cars next year - that's going to be the main aim.

"That starts with getting the message out there that it's fantastic value, and, if you're good in Indy Lights, there's a very high chance that you will have the chance to also shine in IndyCar.

"It's not like you can ever stop teams from occasionally choosing drivers with Formula 1 or Formula 2 experience over the Road To Indy graduates.

"But I think you'll see the majority of young drivers coming into IndyCar will arrive with a Road To Indy background, and are able to prove themselves at the top level."

McLaren Racing will set up bespoke team for 2019 Indianapolis 500