IndyCar chiefs are beginning formal talks about bringing Surfers Paradise back onto the calendar, possibly as soon as 2020

Discussions have been triggered by a meeting between 2014 IndyCar champion and '18 Indianapolis 500 winner Will Power and Queensland premier Annastacia Palaszczuk.

"We have tried to make some inroads and not gained a lot of traction over the past couple of years, but Will Power has just been down there for a holiday, family visit and also some media events," Miles told Autosport.

"He met some government officials and he was invited to meet the premier Annastacia Palaszczuk, and during that meeting she asked Will, 'What do we need to do to get IndyCar back here?' He said, 'Meet with Mark Miles.'

"So I received an email within 24 hours inviting me down here, and I accepted right away."

A previous stumbling block to getting Surfers back on the IndyCar calendar had been Miles' desire for international races to take place in February before the US season begins.

Any Surfers IndyCar round would likely share a bill with Supercars' Gold Coast 600, which is held in October.

"We've said an IndyCar race would need to be in February, and they responded with a 'Come on down, let's talk.' That will be one of the many items we'll need to explore," said Miles. 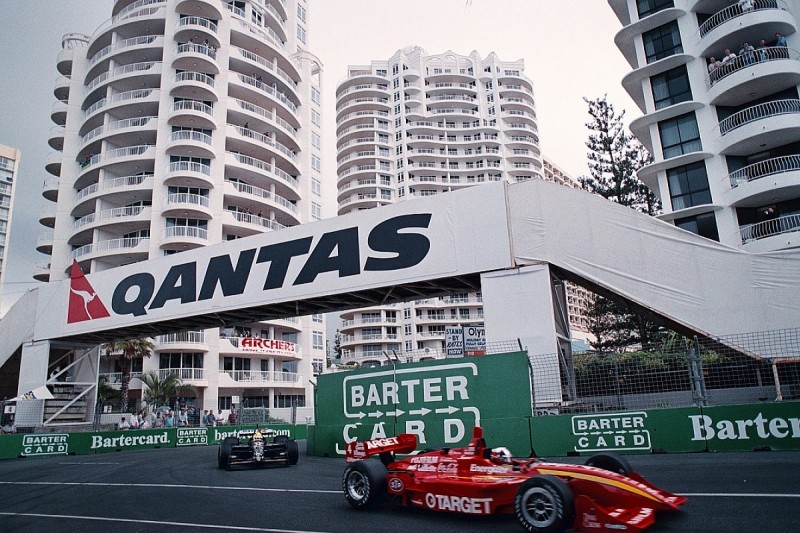 The original CART Indycar race in Surfers was held in an early-season slot from 1991-97 before the event moved to the October position it occupied until it lost its place following the 2008 Champ Car/IndyCar merger.

The track has changed considerably since then, reduced from its original 20-turn 2.77-mile configuration to a 15-turn 1.85-mile version.

That was also seen as a potential hurdle for IndyCar, but Miles said he has been reassured by Power reporting that it was comparable to current venue St Petersburg and IndyCar track expert Tony Cotman backing that view.

Miles confirmed that the swiftly-organised nature of the trip meant a 2020 deal could be on the cards.

"I feel like we clearly have the keen attention of the premier of Queensland, and I know that others in her government have been involved and they fondly remember IndyCar as a powerful event," he said.

"Queensland is also being quite aggressively marketed as a holiday destination.

"I guess my feeling is that if we can't figure this out now, it won't happen any time soon.

"So in my mind, the discussion is about 2020, and it's not just a fact-finding mission.

"It's to really dig in and see if an agreement can be reached, and I hope we have an opportunity to get that done - not on this trip, but reasonably quickly."