This week Rosenqvist completed 100 laps in the morning session of a five-car test at Mid-Ohio, where had had made his IndyCar test debut with Ganassi a year ago.

"He was flawless, just like we expected after last year," Simmons told Autosport.

"He did more miles in less time than in last year's test, and there were no signs of fatigue."

Simmons explained that the smaller group testing - just Rosenqvist and two cars each from the Dale Coyne and AJ Foyt teams - meant the track rubbered-in less and times were "slower than last year" but Rosenqvist "was the quickest car in the morning by a fair margin". 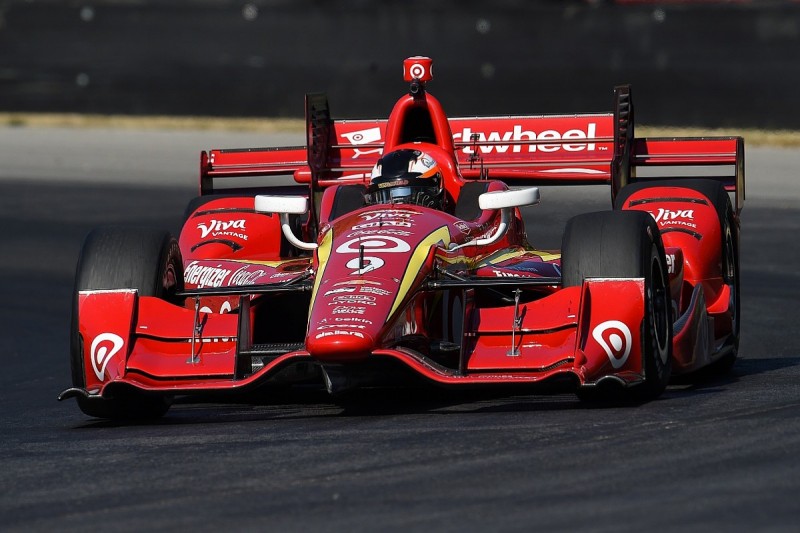 He said Rosenqvist (pictured above during last year's test) was immediately able to make a useful contribution to Ganassi's testing programme, and thinks he would be an instant frontrunner if he signed for an IndyCar team.

"You never know how drivers will develop but his pace is excellent right now," Simmons continued.

"We've only seen him in a test situation rather than over the course of a weekend, and we all know there's a lot more that goes into this than just being fast on test days.

"But with Felix's pedigree and the races he's won over here and in Europe, we all know he's super-talented and personally I'd love to have him on the team.

"I think if he came to IndyCar, he'd be one of the top drivers in a relatively short period of time."

Rosenqvist raced on the IndyCar bill last year in a part-season campaign in Indy Lights in which he took three race wins.

The 2015 European Formula 3 champion's main 2017 programme is with Mahindra in Formula E.