Busch had won the previous two NASCAR Cup races at Indianapolis before crashing out of Sunday's Brickyard 400 while jostling for the lead with Martin Truex Jr.

He said he had a team and package in place to race in this year's IndyCar showpiece at the venue in May but that the deal had been vetoed, hinting that his wife might have played a part in the decision.

"I had it done last year, sold and everything and ready to go and I've got a boss that said no," said Busch.

Busch's brother Kurt contested the race in 2014, qualifying 12th and finishing sixth as the highest-placed rookie that year.

He said Fernando Alonso's exploits would likely have overshadowed his planned participation in May, but would be happy to race alongside other drivers from outside America in the future.

"I would, certainly," said Busch when asked about his desire to contest the event. "I thought I had a great opportunity to do it.

"I'm kind of glad it didn't come together because Alonso stole the headlines the last time it was done, but there may be more in the future guys coming over to run that race so I may have to split the limelight with someone who wants to do the race.

"But it would be fun, it'd be a unique opportunity."

Busch has no experience of driving an open wheel car, and he added that lack of experience was behind the reluctance to green-light the deal.

"I think the biggest thing that scares my boss is that I've never driven those cars," he said.

"A [NASCAR] Cup car or an Xfinity car or something like that, I know what to feel and how feel and when something bad starts to happen I can straighten it out or normally try to fix it.

"I think that's the biggest fear, just not knowing what those cars do when you get into a bad situation." 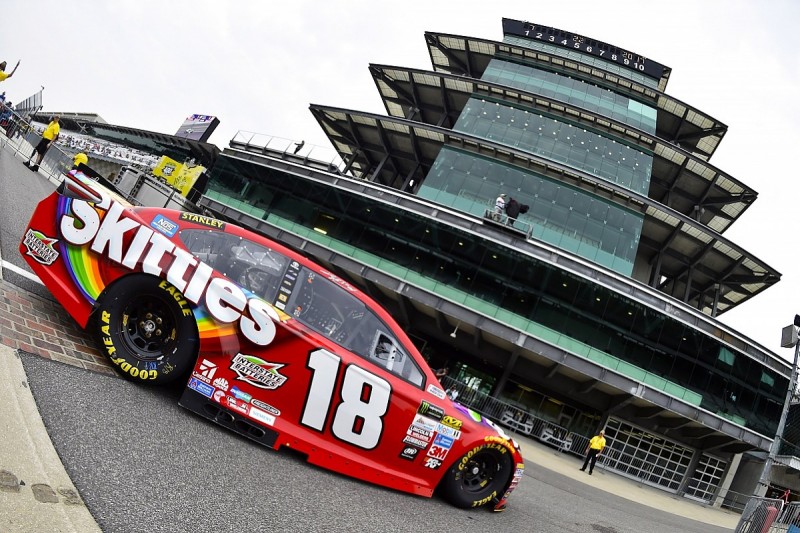