Dennis Reinbold's team has not contested a full IndyCar season since its 2012 campaign with Oriol Servia (pictured below).

It has already signed Sage Karam for the Indy 500 for a third straight year, and will also add a second car this May - with former Ed Carpenter Racing driver JR Hildebrand favourite for that seat.

"Something that we've talked about with very great interest is trying to get back to full-time or even, to start off, a little bit part-time," said Reinbold.

"We're working on things. We've got some opportunities out there that we're exploring and trying to see where they go.

"That puts us in position to be able to try to expand in the future. And you would need all those pieces to be able to be a full-time team.

"Behind the scenes, we're working on that, but it needs to be a good fit."

Reinbold intimated that former Ganassi driver Karam, whose 2018 deal will be his fourth Indy 500 appearance in a DRR-run car, was high on his list for the future.

"I'm very excited about him," said Reinbold. "I think he should be a full-time IndyCar driver.

"He's very talented and would do a tremendous job full-time in every race."

Karam's Ganassi season in 2015 is his only full IndyCar campaign so far.

"Obviously full-time is where you want to be [but] I'm just really focusing on the task at hand and doing the best job I can," said the 2013 Indy Lights champion.

"If I can do the best job I can do and things go well, then I think the opportunity of being full-time will present itself later down the road.

"I would love to be in a full-time seat with Dennis. I think if we can have a strong showing and hopefully we can get more partners to come on board, maybe that's something that will be discussed."

Reinbold declined to confirm that Hildebrand would be Karam's team-mate this year.

"We wanted to give Sage a quality team-mate, someone who also can win this race," he said.

"We wanted more depth, and we wanted to take a little more control over our future and our destiny.

"I want to position ourselves to be able to expand to run full-season if that opportunity came up."

DRR won on its first ever IndyCar start with Robbie Buhl at Orlando in the Indy Racing League in 2000, and later took podium finishes with Mike Conway (pictured below) and Justin Wilson in the unified series.

Its main programme in recent years has been in the Global RallyCross Championship. 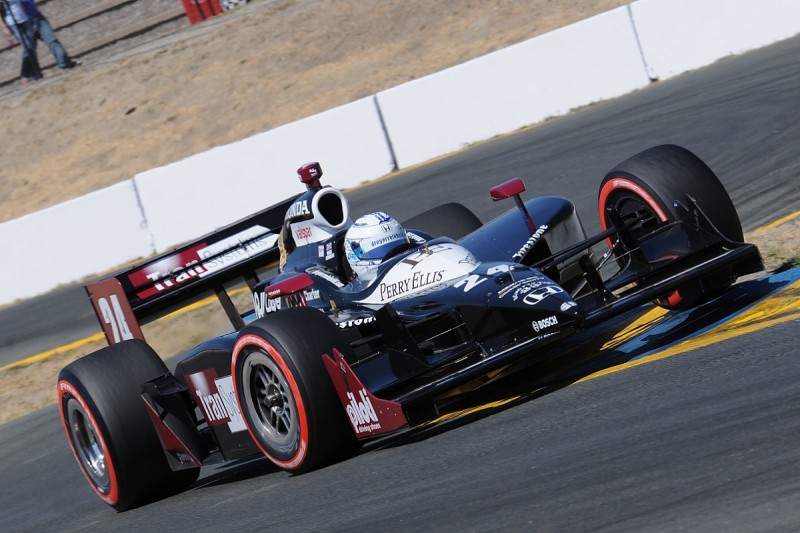