Penske dominated the manufacturer aerokit era with two titles in the last three years, missing out in 2015 after Will Power and Juan Pablo Montoya collided during the season finale.

The new universal aerokit has led to some drivers and teams speculating that the IndyCar pecking order could be shaken up initially as competitors get to grips with a different package.

But Newgarden told Autosport he believes Penske's strength means it will continue to be a championship contender.

"Having lived and breathed the Penske experience for the last year and a bit, they're an absolute force in any situation - same regulations, new regulations, whatever," he said.

"They've operated at this level for 50 years and so they're always going to be in the fight.

"We have too good a line-up of personnel, too strong an infrastructure, to not be in the championship hunt.

"Will we be leading that hunt? I do believe we have a strong foundation with this car already."

But Newgarden admitted there was potential for upsets in 2018, highlighting Chip Ganassi Racing, Andretti and Rahal Letterman Lanigan Racing as the biggest threats he expects to face this season.

"With a new car you can get some interesting twists, just because our schedule is so diverse and because there are a lot of strong engineer/driver combinations throughout the field," he said.

"This is IndyCar and we know there are a lot of potential race winners in it.

"So I think we may have some surprises because none of us has yet got a handle on set-ups for this car on every track." 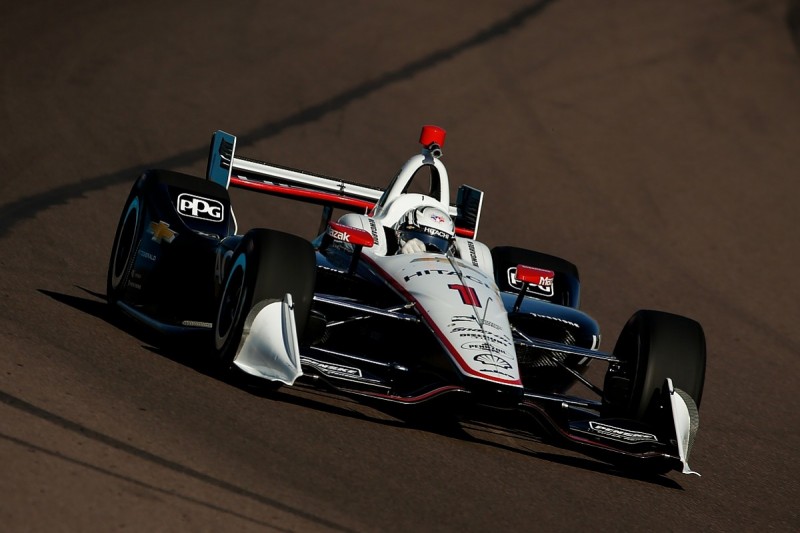 Newgarden adapted quickly in his first year at Penske, avoiding a first year slump like his team-mate Pagenaud experienced before his first IndyCar title.

The reigning champion reckons his technical expertise will help him in his hunt for a second championship.

"The new car is fun to drive and it moves around a lot more," he said, "but it's also created a new window for learning.

"You have to learn how to drive it, first of all, but also you have to go looking for new set-up details that will make you better than the guys around you.

"Whoever does that should come out of the gates strong and hold that to the finish line.

"I like those challenges because I feel like I can do a good job with the engineers and figure it out quicker than the rest.

"I see a new car as an opportunity."