Alexander Rossi is "kicking himself" over the mistake that cost him the lead of the second Detroit race, admitting he should have considered the bigger picture of IndyCar's title race

A third place in the Detroit opener elevated Rossi into the championship lead by four points over Chip Ganassi Racing's Scott Dixon and seven over Power.

Rossi then led the second race from pole position but was hounded late on by team-mate Ryan Hunter-Reay, who forced Rossi into a lock-up that sent him down the Turn 3 escape road.

His strategist and Andretti team manager Rob Edwards had warned him to think of the bigger picture and Rossi admitted he should have done so - as Power was elevated to second and retook the points lead.

"You kick yourself because that was gonna be an easy second place," he told Autosport, "and I'd have gotten 44 points instead of 22 [for finishing 12th], because no way Will was gonna catch me.

"So I should have just let Ryan go and we'd be leading the championship.

"I knew he was a second a lap quicker than us by then. But on the other hand, I wasn't going to just pull over.

"It's about finding that balance, and I didn't find a good balance in managing risk because in that moment I just wanted to win.

"I don't like second place; as important as podium finishes can be for championships, I just want to win races." 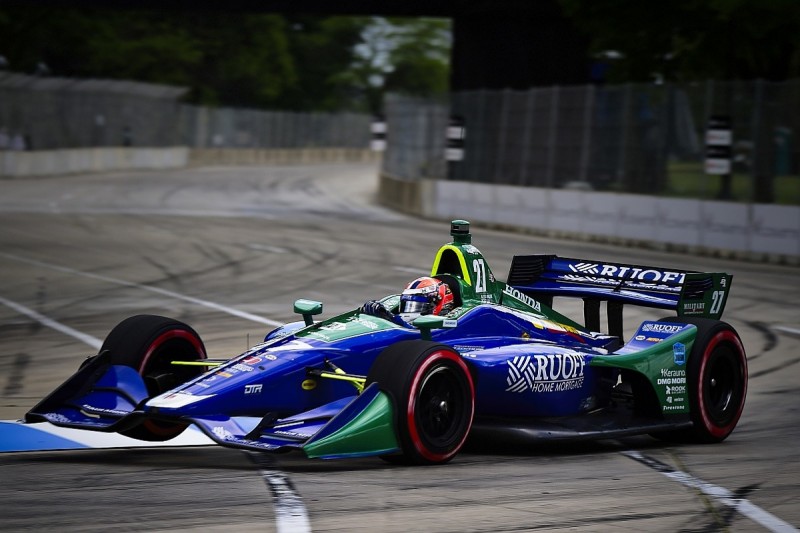 Rossi said his mistake now has to be considered a "big error".

"In hindsight, it was a big error because we could have been heading to [the next round at] Texas with a 16-point lead in the championship instead of being 11 points behind Will," he added.

"But on the other hand, we started on pole, we led most of the race, and I was still leading with less than 10 laps to go.

"I'm not going to let the work of everyone on the #27 side of the team go by the wayside with what was a good car.

"Conceding a win is just not going to happen, not even after what we've just experienced.

"But maybe the mindset that will change is that if there's no threat other than the car you're fighting with for the win, there's a situation where you race as hard as you can but there's no defensive line taken - if he has a run on you, then so be it.

"I've done that in the past, when you're trying not to lose too much time by fighting. But it's never been for a win before - that was the difference."