Ferrucci drove the #19 Dale Coyne Racing-run car in Detroit after Pietro Fittipaldi's serious injury in World Endurance Championship qualifying for Spa caused the team to shuffle its ride-share between the Brazilian and Zachary Claman de Melo.

Stand-in driver Ferrucci was running 13th in the opener until he was hit by Carlin's Charlie Kimball.

Ferrucci then tapped the rear of Pigot's car on the opening lap of the second race through the narrow third corner and hit Pigot again at Turn 5, pushing him into the outside wall.

Following a pitstop, Ferrucci spun of his own accord and broke his front wing, before Pigot ran over the debris and picked up a puncture that forced him to retire.

"It wasn't just a spin, I got hit from behind by Ferrucci," he said.

"First, we banged wheels, then he just kind of punted me in Turn 5. It's very disappointing to end the race this way.

"It's unfortunate when drivers come into the series and do silly things like that because they don't respect that all of us are out here racing every weekend for the championship." 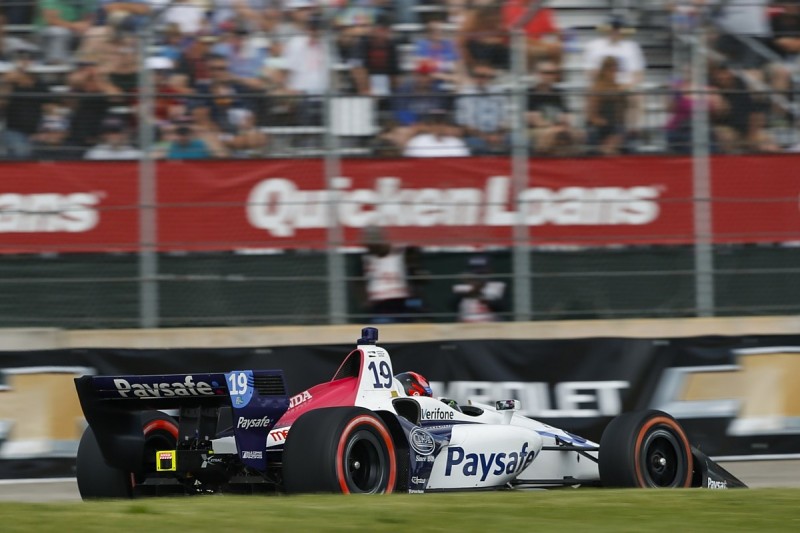 Ferrucci admitted he had made a "rookie mistake".

"I can't thank the guys on the #19 crew at Dale Coyne Racing enough," he said. "From the engineering team to the mechanics, they gave me an absolutely stellar race car.

"I'm just upset, being a rookie, that I made a rookie mistake coming out of the pits and spinning the car.

"Despite that, we showed incredible pace throughout the race. These guys really deserve a good finish.

"I'm very happy that I was able to come out and participate this weekend in Detroit and I hope to be back."