Fernando Alonso's decision to contest the Indianapolis 500 with Arrow-McLaren SP instead of Andretti Autosport was driven by his "loyalty" to his former Formula 1 team McLaren.

Alonso will return to the famous Brickyard event this year having failed to qualify for it in 2019, but previously insisted it would be just a one-off appearance in the series this season.

While the double F1 champion and Le Mans 24 Hours winner was expected to sign for Andretti - especially after his ambassadorial role with McLaren expired last year - Alonso insisted Arrow-McLaren was always an option.

However, he admits the decision wasn't easy due to the split opinion on what outfit would be the most competitive, but says he "trusted" the McLaren project more.

"The final decision was not easy because I think between Andretti and McLaren, maybe people think that Andretti can be more competitive, maybe other people will think that it could be McLaren," he said.

"That's something that is difficult to know in advance before the race happens. But you know, I think and I trust this project a little bit more, and I have this sense of loyalty, as well, to McLaren and to our fans that last year had high hopes - as we had - and we didn't show up on the race on the big weekend.

"I think we have this kind of... not obligation, but this kind of feeling that we need to give something back, and this year we will go for it.

"McLaren gave me so much over the last five years, that I think to land in McLaren and share it, a lot goes into it from my side." 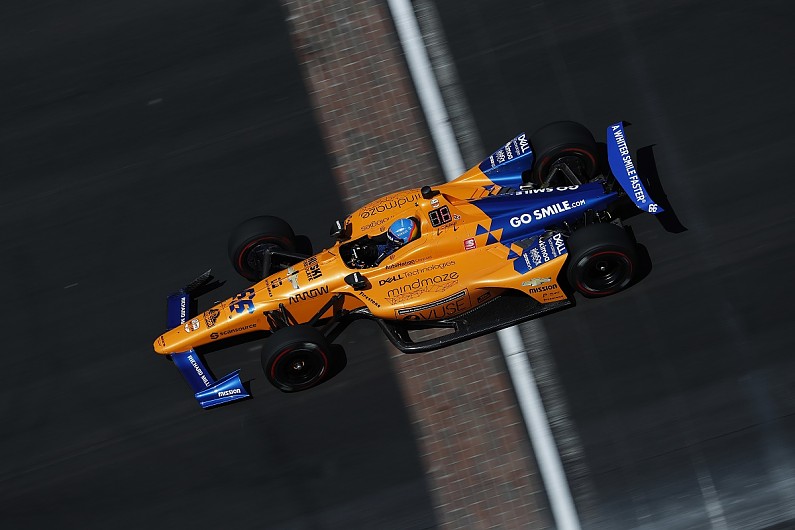 Commenting on his failed Indy 500 bid last year, Alonso added: "I think being a one-car team was a big penalty for us last year.

"We had a couple of issues. We had not the real ability that we wanted in the first couple of tests, and obviously we didn't have much information.

"This year with three cars [with Patricio O'Ward and Oliver Askew], even if you have a bad day, you're still learning a lot of things from the other two cars.

"So I think that will be a good advantage, plus the team is not new, [Arrow Schmidt Peterson] has been racing for many, many years in IndyCar, and the background and all the knowledge I think is going to be very beneficial with the things that McLaren can add to that project.

"It was a project that was already existing. So that's the second thing."