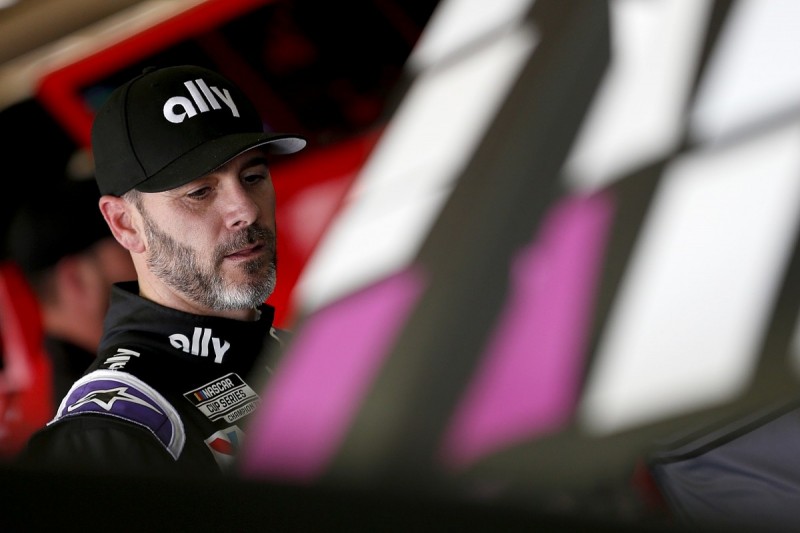 The 44-year-old Californian, who is due to retire from full-time NASCAR competition at season's end, attended last month's IndyCar Spring Training and expressed enthusiasm for broadening his range of experience.

However, he remained coy on the subject of specific dates.

Johnson - who tested a Formula 1 car for McLaren in a ride-swap with Fernando Alonso at Bahrain in 2018 - announced via Twitter that he would renew his association with the brand in a run at Barber in April.

"So much for a roomy interior" he captioned a couple of images of the cockpit of an Arrow McLaren SP-Chevrolet.

He followed this up with the message: "It means my friends at Arrow-McLaren SP offered to let me jump in a car and test with them next month at Barber Motorsports Park.

So much for a roomy interior. pic.twitter.com/WOjbVMsZCu

With Alonso driving a third AMSP-Chevrolet at the Indianapolis 500 - and possibly the Grand Prix of Indianapolis - in May, as well as the availability of highly respected R&D engineer Craig Hampson to serve as race engineer on a third entry on any given IndyCar race weekend, the possibility of Arrow McLaren SP to run three cars on a semi-regular basis throughout 2020 is now very real.

Team co-owner Sam Schmidt has long stated that he would like to run a third full-time car in 2021.