Bourdais, whose main campaign this year is in the IMSA SportsCar Championship with JDC-Miller Motorsports after he lost his IndyCar drive at Dale Coyne Racing, will drive Foyt's #14 car at the opening round at St Petersburg, Barber Motorsports Park, Long Beach and Portland.

One-time Indianapolis 500 winner and 2004 series champion Kanaan will step back from regular IndyCar competition at the end of the season after a five-race all-oval programme that includes the Indy 500, with Indy Lights graduate Kellett entered in the remaining eight races, commencing at COTA on April 26.

Kellett, who took pole for the Freedom 100 Indy Lights race at Indianapolis Motor Speedway last year, will also enter the Indy 500 in a third Foyt machine.

It comes after Charlie Kimball was announced for the full season in Foyt's #4 car, replacing Matheus Leist.

Bourdais said: "I am such a lucky man, starting my Indycar career driving for Paul Newman and Carl Haas, and now I get to drive for AJ Foyt.

"I am both honoured and thankful for the opportunity Larry and his team have provided me with. 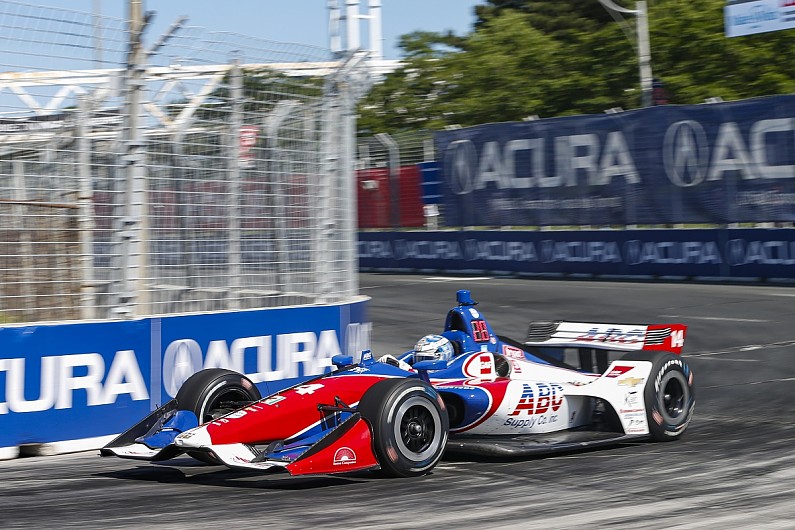 "Staying in the IndyCar Series seemed like a long shot back in November.

"My teammates and I will be working very hard to deliver the results this organisation deserves, and I can't wait for the Firestone Grand Prix of St. Petersburg to come."

Team president Larry Foyt said changes were "inevitable" after a disappointing season for Kanaan and fellow Brazilian Leist, managing just five top 10 finishes between them and one podium for Kanaan at Gateway.

"I believe adding a multi-time champion like Sebastien Bourdais to our team will help us as we regroup and work to regain a competitive position," said Foyt.

"Being able to retain Indy 500 champion Tony Kanaan is another source of excitement and will serve to push our oval program to a place where we can fight for victories.

"Dalton Kellett is a young driver who is intelligent and motivated, and with the experience around him, we feel he has the potential to show great things.

"Altogether, the #14 car has an intriguing lineup, and I'm excited to see how it plays out."