One-time race winner Charlie Kimball has landed a full-time IndyCar drive with AJ Foyt Racing in 2020, having contested only a handful of rounds last season.

Kimball spent the first seven years of his IndyCar career with Chip Ganassi Racing, before switching to Carlin for the team's inaugural season at the top of U.S. open-wheel racing in 2018 - though budgetary constraints restricted him to a part-time deal last season.

Pharmaceutical company Novo Nordisk will be an associate marketing partner in the remaining 11 races.

"I'm excited and honored to join AJ Foyt Racing and be a part of a team that has such deep roots in history at the Indianapolis Motor Speedway and IndyCar," said Kimball.

"Continuing the partnership with Novo Nordisk is also special since they have been an integral part of my career since I was diagnosed with Type 1 diabetes.

"I'm more motivated than ever to work with the team to succeed at every IndyCar race in 2020.

"Thank you to AJ Foyt Racing, Novo Nordisk and our other partners for this opportunity." 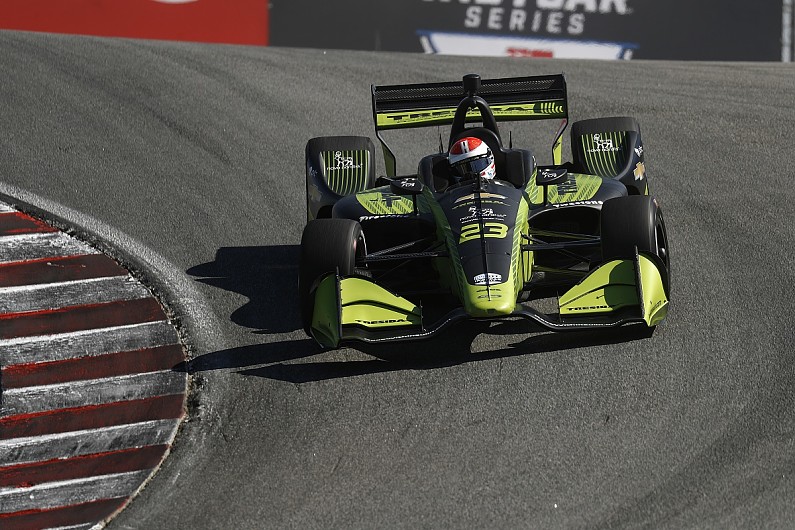 Team president Larry Foyt said of the 2013 Mid-Ohio winner: "Charlie brings a great deal of experience and skill to the team.

"He is motivated to show what he can do behind the wheel, and his recent experience of helping develop cars will be beneficial as we work to get the #4 car moving up the grid.

"Novo Nordisk has been a long-time supporter of Charlie and IndyCar.

"We want to welcome them to AJ Foyt Racing and we look forward to joining them in their effort to increase the awareness of diabetes."

Foyt's team, still run by the 85-year-old motorsports icon who holds the record for number of Indy car wins (67) and number of championships (seven), has struggled hugely since its last win, at Long Beach in 2013 with Takuma Sato.

Tony Kanaan's fortuitous third place at Gateway last August was the team's first podium in four seasons, and the team's prospects looked bleak when long-time primary sponsor ABC Supply revealed it would have to slash its funding for 2020.

Consequently, the company's red, white and blue colours will be seen only on the #14 car of Kanaan at this year's Indianapolis 500.

The 2004 IndyCar champion and 2013 Indy 500 winner is expected to run an oval-only campaign, with Sebastien Bourdais likely to run with the team for some road and street course races.