Ex-Formula 1 driver Marcus Ericsson says he did not expect his IndyCar learning curve to be as steep as it has been, after securing his first podium at Detroit.

Ericsson finished second in the Detroit finale after timing his three-stop strategy around the various caution periods that arose during the race.

A late red flag caused by fellow Swede Felix Rosenqvist caused a late dash to the flag, but Ericsson resisted pressure to take his podium finish.

"I came into this year with a lot of experience," said Ericsson.

"My goal and expectations were to run up front from the start.

"We had the pace to do it, but it's been a bit of a deeper learning process than I maybe expected.

"I didn't underestimate the series, but it is a very tough series.

"It's a lot of experienced guys in the series that are incredible drivers and also teams.

"That's been a sort of process for me to get used to all that, get used to the tyres, the cars.

"Everything is quite different [compared to F1].

"The pace we've shown all the way through [2019], the results were going to come.

"I'm just really happy it did today because we deserve that. The team deserve that because they've done an amazing job all year." 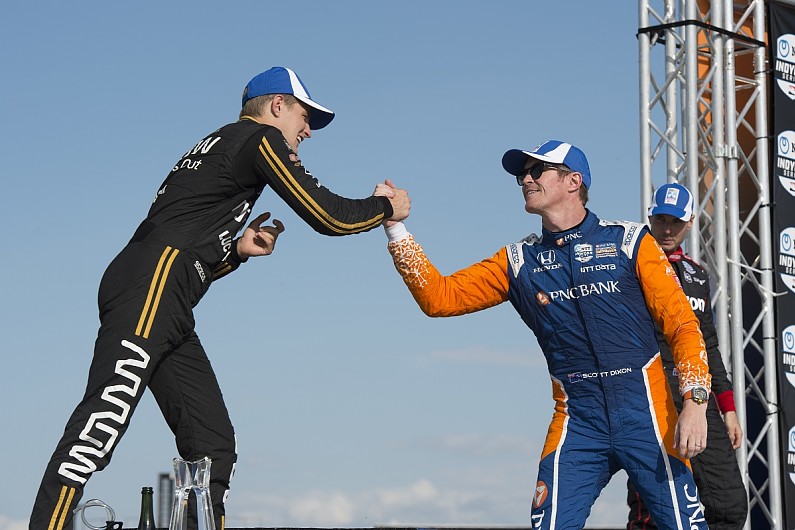 The second Detroit race featured an opening lap collision that threw up a strategy headache for teams, while the bumpy, uneven surface made the red-wall tyre degrade rapidly.

Asked how he found the race, Ericsson said: "It's tough. That's the thing with IndyCar that I've learned this year.

"Even if you're fast, that doesn't mean you will get a good result.

"In many other series, if you have the pace, you always sort of tend to get to the front for different reasons.

"That means you have so many moments in a race where you need to execute well.

"You need to make the pitstops, the strategy calls right. The pit crew needs to do their job right.

"Out laps on cold tyres, restarts, all these things. It's such a complex and difficult series."

Ericsson's podium was his first since he finished second in the Abu Dhabi opener during the 2013 GP2 season, in a race won by now-Andretti Autosport driver Alexander Rossi.

"It was very special, it was my first podium since 2013," said Ericsson.

"That's been an extremely long time.

"I missed that a lot, that feeling. Then to be up there with two legends like Scott [Dixon] and Will [Power].

"You just learn so much running behind these guys because they are so experienced, good drivers, doing the right things."