McLaren CEO Zak Brown says that the company's future involvement in the Indianapolis 500 is not tied to a decision by Fernando Alonso to continue with the team.

Alonso failed to qualify for this year's race after facing a catalogue of problems and McLaren is reviewing how and if it will tackle the race in the future.

Brown insisted that McLaren's commitment to the race is not tied to Alonso's ongoing pursuit of motor racing's triple crown and hinted that the Spaniard could compete with McLaren at Le Mans at some point.

"We were never doing Indianapolis for Fernando," said Brown.

"I think it would be a great story to win it with him, having won Monaco with him.

"So whether Fernando wanted to driver for us or not wouldn't drive our decision on whether we go back to Indy or not."

Asked if Alonso will continue with McLaren at Indianapolis he added: "We haven't really got into that. I know Fernando really well, and I think one of the reasons we get along as well as we do is I understand how he operates.

"And when you come off such a low like that, you don't want to have a microphone in your face 24 hours later when you don't need to make decisions right now.

"He was as disappointed as we all were. We clearly let him down.

"He's a racer, he understands Indianapolis is unique. 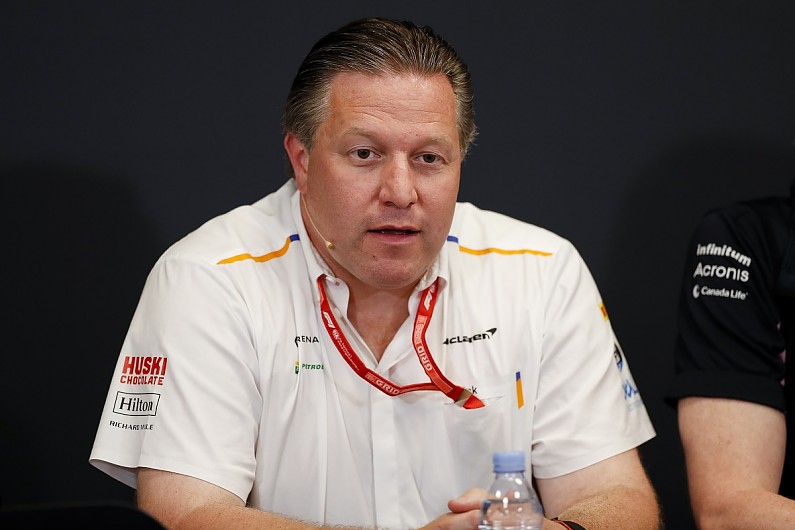 "He drove brilliantly, he gave it everything he's got, he was great with the fans and the media, and that's exactly how he was internally.

"He just wants to be competitive, I think he'll want to go back to Indianapolis.

"I think it would be great if we did it together, but he's on his way back to Switzerland, and I'm sure he's looking to unwind after a stressful couple of weeks."

Brown says this year's frustrating Indy experience has not harmed Alonso's relationship with the team.

"We have a great relationship with Fernando. He's had lots of highs and lows with us - probably arguably the more lows the last three, four seasons - and he really enjoys McLaren. McLaren enjoys him.

"He sees what happens, he sees how close we got on Sunday to making the show, and the effort we put in.

"So I think we're all disappointed, but it won't change the relationship between Fernando and McLaren."