Rahal was trying to overtake Bourdais on the inside when they tangled in the closing stages.

"I just got a killer run, and I was lifting to just manage my gap," said Rahal.

"You pull out, and you get to this point, and you can see him squeezing me inside, [he] turns into me, and nothing you can do.

"I think Sebastien knows that, which is probably why he hasn't said much to me. But it was disappointing.

"I respect Sebastien a lot. I don't respect that move. I do respect him as a driver tremendously.

"At those speeds, that's how you kill somebody. And I'm just not a fan of squeezing people and putting people in those positions. It's not necessary." 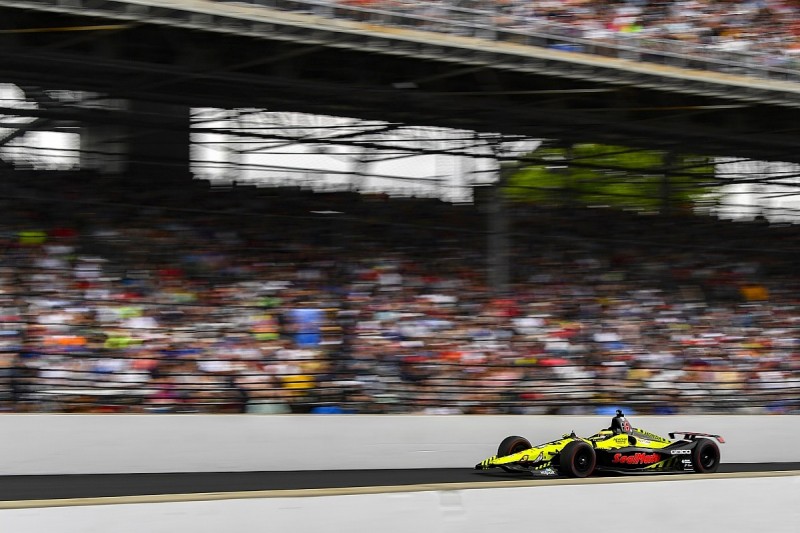 Bourdais said Rahal's car had probably been further alongside him than he realised, but did not feel his driving had been unreasonable in the situation.

"I didn't think he had as much of the car as he did inside," said Bourdais.

"It's always a dynamic thing. He got a run, and then he kind of stalled there for a little while.

"And then I was there at turn-in. We made contact before we even got there.

"That's what set off the whole thing because it kind of got the car wiggly a little bit before turn in.

"It's always easy to say I should have given up going into the corner, but at that point you have to make the call whether you're going to jump on the brakes and let the guy fly in because I didn't really feel like side by side was an option.

"I didn't really want to pay the price to see what was going to happen there. I thought he was going to back off, and we were going to be OK.

"It's that stage of the race where nobody wants to give up. It's just bad timing."

A multi-car pile-up ensued as drivers behind tried to avoid the crash.

It ended Felix Rosenqvist and Zach Veach's races, and caused damage to Scott Dixon and Charlie Kimball's cars among others.

"It was kind of just a pack-up of a lot of cars spinning, and smoke and grass on the track," said Rosenqvist.

"I tried to go on the outside, and it didn't work out. I kind of wish I would have seen earlier what was about to happen."