Penske dominated the opening practice sessions of IndyCar's first visit to Austin, with Will Power setting the fastest time of the weekend so far.

In the afternoon session IndyCar drivers were allowed to run the red-walled soft compound tyres, which Power used to set a 1m47.4401s lap.

Power, who took pole for the season opener in St Petersburg, beat IndyCar rookie Felix Rosenqvist to the top spot by 0.1749s.

Ed Jones, who is nursing a broken finger, was fifth in the Scuderia Corsa Ed Carpenter Racing-run machine.

Andretti's Zach Veach was the third-placed Andretti driver, and managed to lap faster than the Penske duo of Simon Pagenaud and morning pacesetter Josef Newgarden. 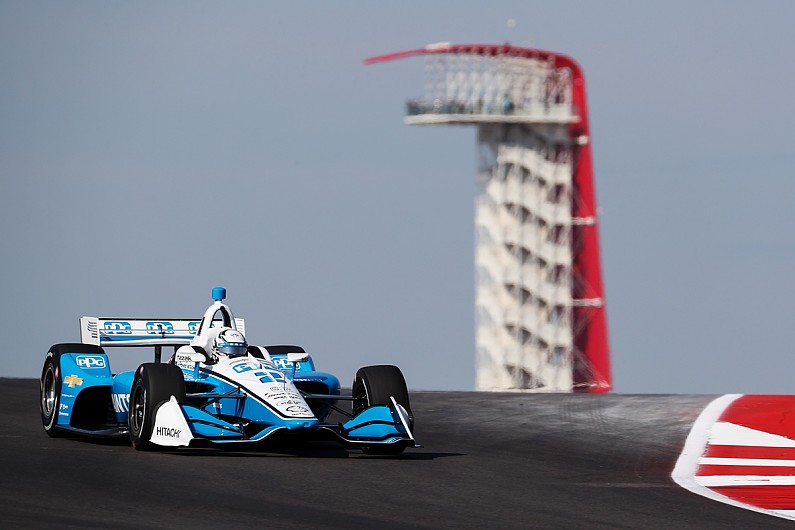 Rahal Letterman Lanigan Racing's Takuma Sato slotted between the two Penskes in eighth, with Pagenaud in front and Newgarden behind the RLLR driver.

But the 2017 Indy Lights champ Kyle Kaiser was 22nd in the first outing of the year for Juncos Racing.

IndyCar ran an additional session that serves as the warm-up and pitstop practice. Pagenaud topped that short session while Colton Herta got up to speed on a fresh set of reds after blowing his engine in the morning session.

Herta had regularly set the pace in IndyCar's pre-season testing at the Circuit of the Americas.