Reinhold Joest's outfit won the Le Mans 24 Hours four times with Porsche equipment before becoming the factory Audi team in 1999 and going on to take another 11 Le Mans victories and 10 Sebring 12 Hours wins.

Joest says that Audi's decision to leave the WEC left him considering whether to continue in motorsport at the end of 2016, with no programme in place for '17.

"The only choice was we push to the end with all our power," said Joest. "Not by doing things in a different way. You can't say you'll finish by spending nothing, no extra hours, no nothing.

"We did our job to the end. And the result was winning the last race in Bahrain [with Audi]. I was happy.

"But then, I had difficult nights. I couldn't sleep.

"That meant I could never stop. I need this. I like this."

Joest had multiple offers with "large sums of money" to join other teams after Audi quit, and Joest team director Ralf Juttner was instructed to go to this year's Daytona 24 Hours.

The team then had meetings with IMSA officials to discuss its future direction.

"We had some meetings with the officials there in Daytona and asked 'what is the future, what is new? And what is the chance we could jump in?'" said Joest.

"I like the USA and IMSA because we did a lot of races there in past years."

"Ralf was very happy after the meeting," Joest said. "He said, 'I have a feeling this person [Doonan] is serious.'

"We had a meeting here [at Joest headquarters], and then another in Chicago [at Mazda's Midwest Region office]. And then it was finished. This is always a good sign." 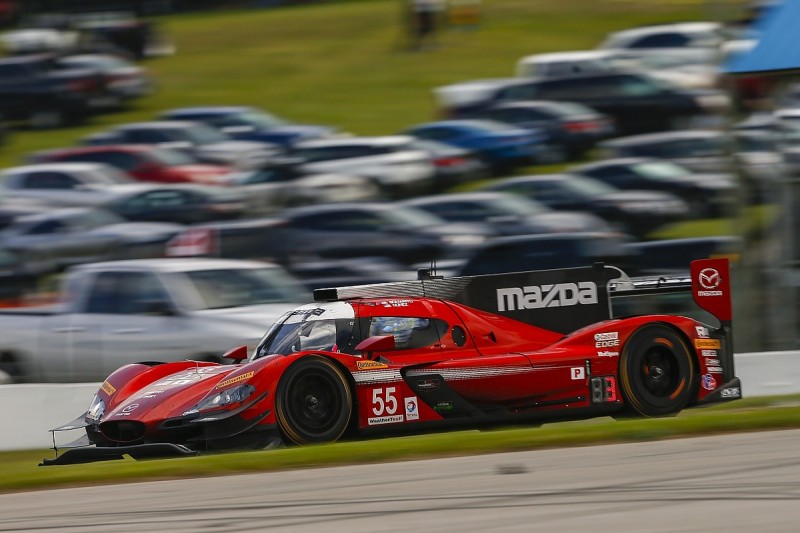 Joest has retained a high number of its employees despite being without a programme in 2017.

It has also convinced the likes of engineer Jason Taylor to return from IndyCar team Ed Carpenter Racing for the new programme.

The newly-named Mazda Team Joest is now conducting "aggressive" off-season testing and will relocate to a new headquarters in Atlanta.

Joest says that his team's work on the Mazda RT24-P must yield results quickly.

"We have a lot of experience, and we bring that in for free," he said.

"Now we look to win. This is our sole focus. I said to Mr Doonan, 'we are not a hobby driver team. We want to see results.'"