Penske announced that reigning IMSA prototype champion Ricky Taylor would join IndyCar convert Helio Castroneves in the second of its two-car team, with Juan Pablo Montoya and Dane Cameron in the first.

Button has said he is looking for a return to motorsport next season after his one-off Super GT outing at Suzuka reignited his interest.

His Honda links, having raced on-and-off with the engine manufacturer for eight seasons, led to talk he could join Honda's luxury car brand Acura in its new Penske partnership.

"We were looking at a lot of different dynamics when we were putting this together," said St Cyr.

"Of course, someone with Jenson Button's talent and also his pedigree with Honda is definitely someone that we had considered.

"But there were other circumstances that precluded him from being part of this program.

"We are extremely happy, and we think we got the right six to really compete for a championship right now.

"One of the things that we talked about is we wanted to pair experienced drivers in other series, with people that are experienced in IMSA."

Button is said to have the option to race in Super GT full-time in 2018 in one of the Acura NSX cars.

He could have combined a Super GT campaign with the three major IMSA races: the Daytona 24 Hours, Sebring 12 Hours or Petit Le Mans.

But Penske opted for its IndyCar driver Simon Pagenaud and Graham Rahal as third drivers. 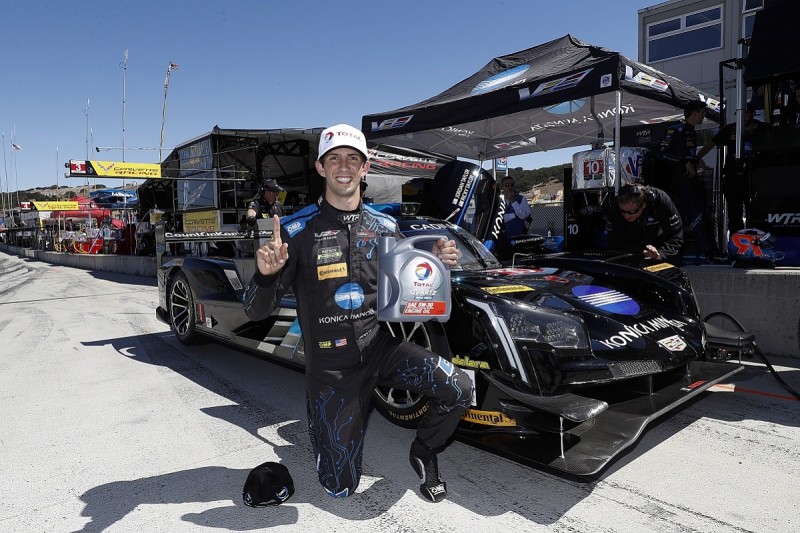 Penske president Tim Cindric said Taylor's Penske IndyCar test proved it had to consider him for the full-time IMSA seat.

Taylor drove the car in February at Homestead following his 24 Hours of Daytona win with the new Cadillac DPi-V.R.

"Ricky coming across and testing our Indycar back in February really gave us a first‑hand understanding of Ricky's approach," said Cindric.

"Simon [Pagenaud] was there at that test because it was his car. Our guys came back quite impressed.

"That kind of was the spark for maybe he's a guy we should consider.

Cindric added there were tough discussions with Taylor's father Wayne about taking him from Wayne Taylor Racing.

"We said to Wayne: 'Look, we wouldn't do this behind your back, but I know how it is as a father, you want your kids to continue to grow.

"Is this an opportunity you think he would consider?'"