Historic ace Hall qualified chassis IV in 12th place for the Goodwood Trophy for Grand Prix and Voiturette cars raced between 1930 and 1951, despite a fuel-system issue.

He rose as high as eighth and ran ninth for much of the 13-lap race. But rising oil temperatures brought the shrieking 1500cc supercharged machine into the pits at the end of the 10th tour.

“It wasn’t pulling 100% cleanly from the start and then, after about five laps, the oil temperature was getting high,” explained Hall.

Despite the retirement, Hall believes the car can compete with the frontrunning ERAs.

“It handles great, the brakes are great and the engine is nearly there,” he added. “If it runs free, it will be fantastic. We’ll get there.

“The ERAs have been raced and developed since new, apart from during the Second World War, and they’re simpler. But they’re beatable.”

Chassis IV, built by Hall & Hall in conjunction with the Owen family that still owns BRM, is scheduled to contest more events in 2023.

PLUS: How F1’s greatest sound has returned to the track

The race at the front of the Goodwood Trophy was between ERAs – the forebears of Raymond Mays’s BRM project – and the Alta of Ian Baxter. 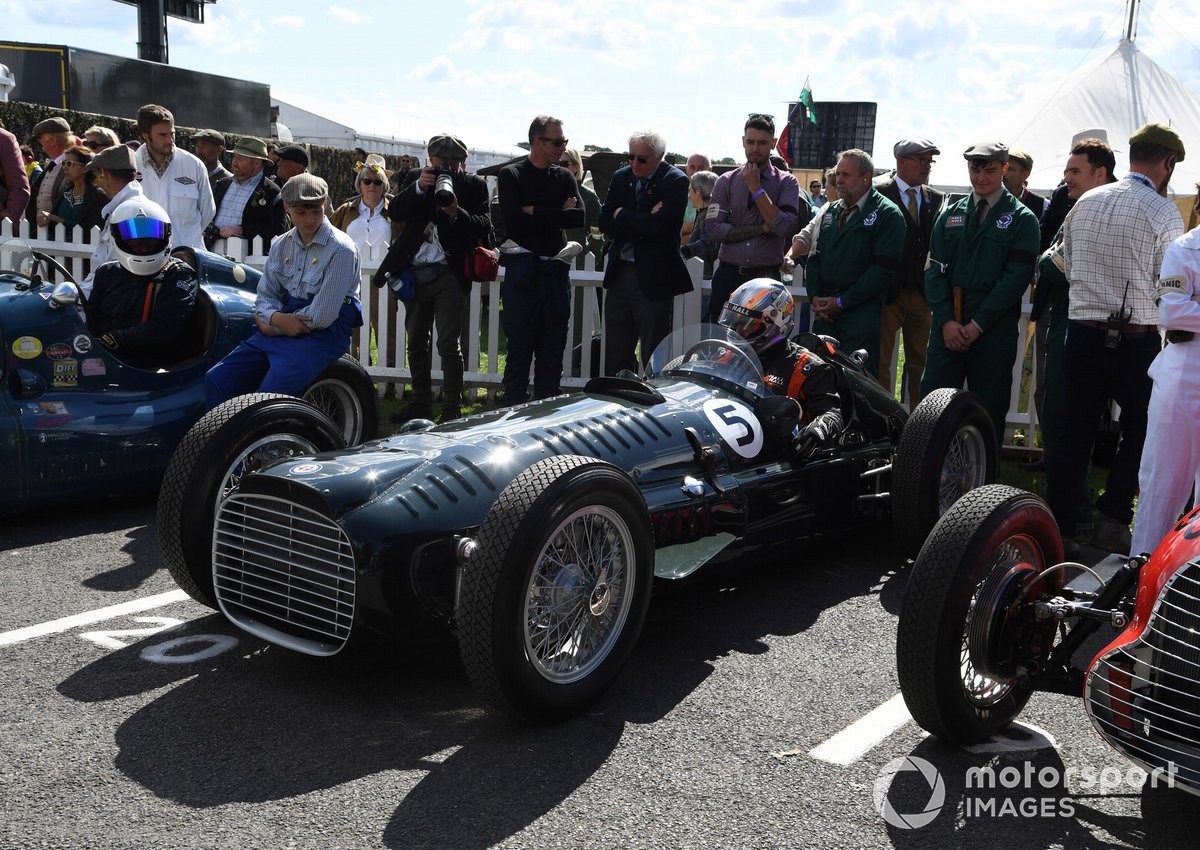 Poleman David Morris (ERA R11B) led for much of the distance, chased initially by Nicholas Topliss before he fell back to fourth in R4A.

Carb icing had limited serial Goodwood Trophy winner Mark Gillies to ninth in practice, driving ERA R3A, but he charged through the field to soon join the lead battle. Gillies overtook Morris on the run to Fordwater on lap 10, but he could not shake off his pursuers.

Morris got a better run out of the chicane on the final lap and fell 0.051 seconds short of victory as all three podium finishers set their best laps. Just 0.754s covered the trio at the flag.

Government to Back British Motorsport