That briefly allowed GT ace Frank Stippler’s Alfa Romeo Giulia Sprint GTA into the lead but Dumas soon blasted the seven-litre V8 to the front on the first run to Fordwater.

Stippler got a run on Jordan out of Madgwick on lap four of 17, securing the spot approaching Fordwater before edging away. He then nibbled away at the leader’s gap and, with the help of traffic, was with the Galaxie in the closing stages.

But Dumas held on to give co-driver Fred Shepherd (who was quickest in his practice session) an advantage of 0.678 seconds to defend in Sunday’s second part.

“I was very happy to see the chequered flag,” said Dumas. “The Galaxie is such a different car – I had to save it because I was scared of the brakes and didn’t have much brakes left at the end.” 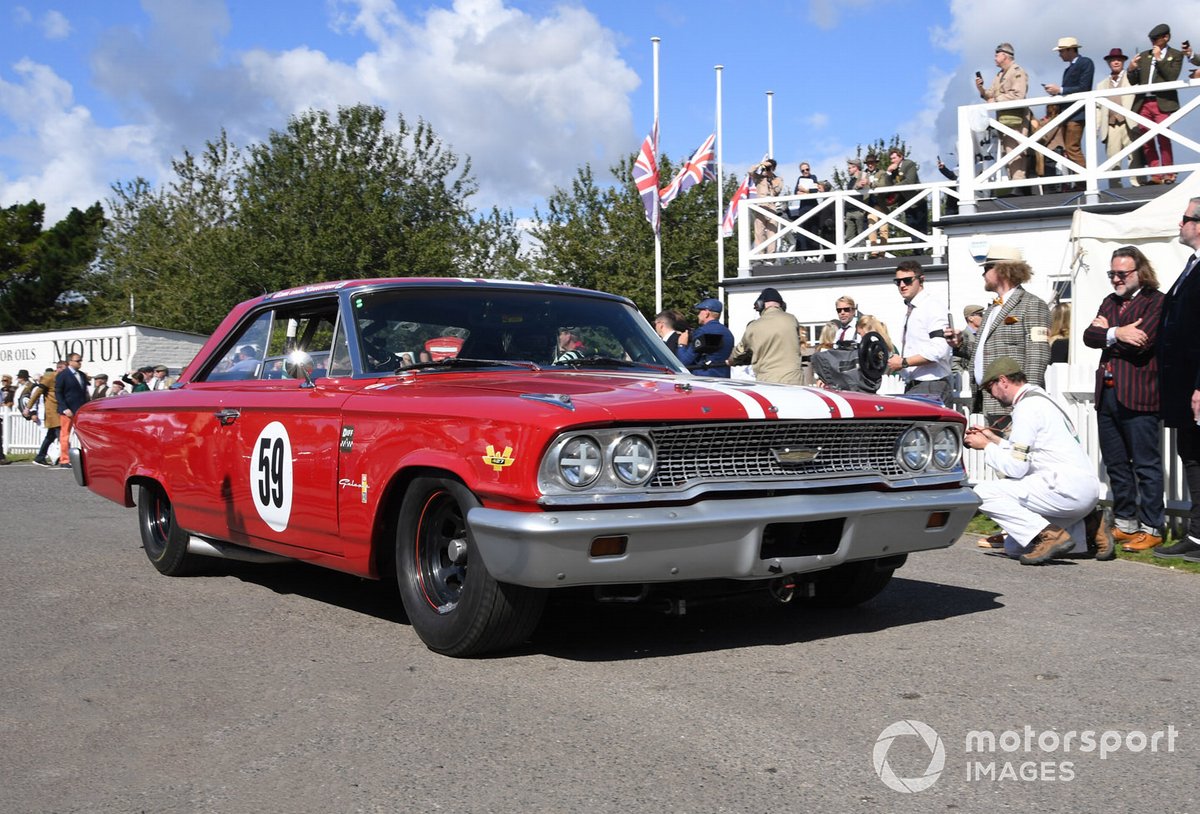 Stippler said: “The car was pretty strong, but Romain is such a fantastic driver. The GTA is one of my favourite cars and it’s a pleasure to be here.”

Jordan completed the podium ahead of Breen, while ex-Formula 1 racer Esteban Gutierrez made it two Alfas in the top five after overcoming tin-top legend Steve Soper’s Cortina.

Alex Brundle and Andre Lotterer battled to be the best of the Mini Cooper S contingent throughout the race, with Lotterer eventually taking it in 12th overall.

Johnson had qualified sixth and ran fifth in the early stages before becoming the second Galaxie to hit mechanical drama. He will get another race tomorrow, sharing an AC Cobra with Shaun Lynn in Sunday’s one-hour RAC Tourist Trophy Celebration.