With Vanthoor at the wheel, WRT took the lead for the final time with 20 minutes to go when Robert Renauer pitted the Herbert Racing Porsche for a fuel stop. Despite a fortunately-timed Code 60 which minimised his time loss, the German resumed behind.

Vanthoor slowed on the final tour to ensure he didn't have to complete another lap, with a safe margin of 21 seconds over the car shared by Renauer, his brother Alfred Renauer, Ralf Bohn and Daniel Allemann.

The winning crew completed a total of 621 laps, a tally bettered only by Black Falcon's Mercedes in 2013.

The result comes after WRT switched camps from Audi after 13 seasons in which it earned victories in the 24 Hours of Spa and the Nurburgring, as well as the Bathurst 12 Hour and numerous titles in the GT World Challenge Europe series.

It was also WRT's third Dubai win after its previous successes in 2016 and 2022.

"The challenge was big, we know how difficult this race can be," said team boss Vincent Vosse, who will run BMW's assault on the WEC with its M Hybrid V8 LMDh car from next year. 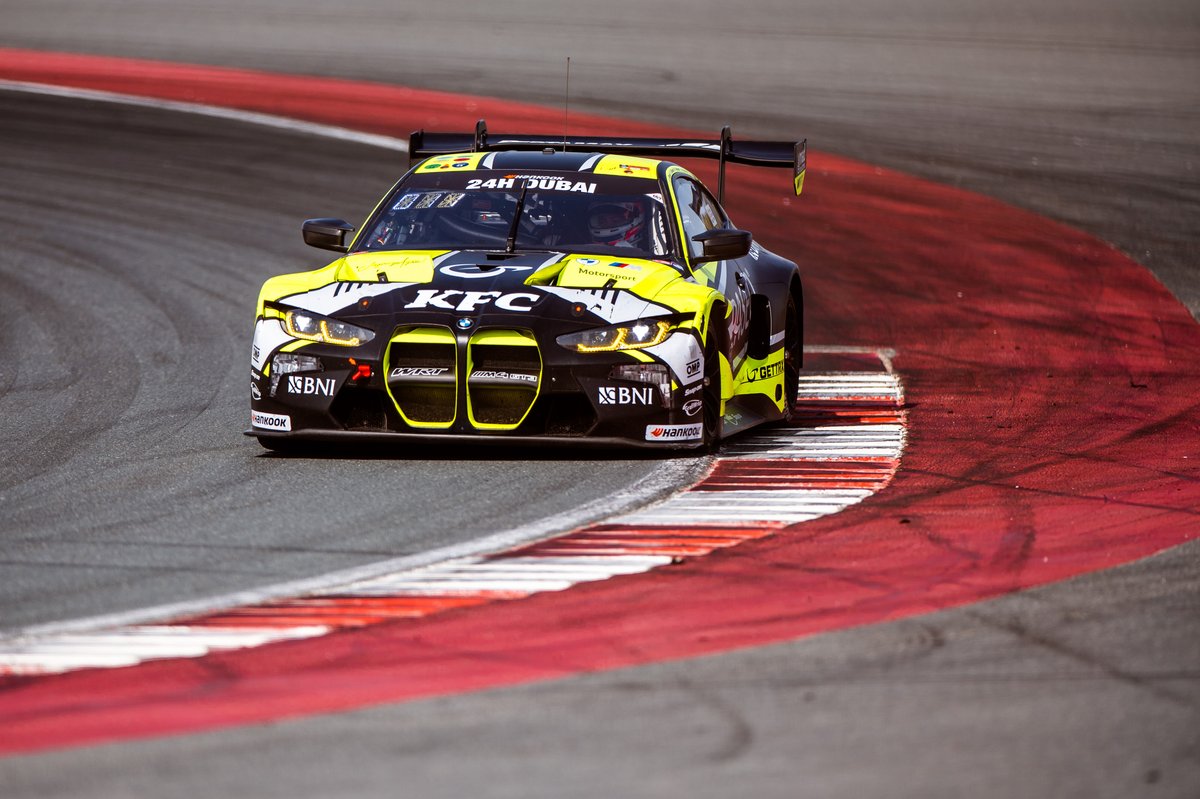 "In the end you need a bit of luck, a great strategy from the guys, faultless from the drivers. It was a great race.

"At the end we are learning a lot, we did learn a lot in this race about the car and let's go to the next one.

"This was a great achievement."

After locking out the front row in qualifying, both the polesitting #777 and #4 HRT-run Mercedes retired during the night after suffering delays that dropped them down the order.

Shortly after Sebastian Baud crashed the #4 entry, with the Frenchman able to extract himself from the blazing car, Luca Stolz pulled into the pits with mechanical dramas.