Rowe's #98 machine finished a close second in what was the shortest-ever running of the German endurance classic last weekend, less than nine seconds behind the winning Manthey Racing Porsche in a three-and-a-half hour sprint to the flag.

The sister #1 M6 that had started on pole and led when the race was resumed after a delay of more than 14 hours due to fog was forced to retire with an electrical problem.

Prior to the race BMW officially unveiled its next-generation M4 GT3 car in full livery, revealing the new machine will make its race debut later this month in the Nurburgring Endurance Series (formerly VLN) before being made available to customers in 2022.

That means the M6 GT3, which was first introduced in 2016, will likely only be campaigned by privateer teams if at all next season.

Van der Linde, who shared the #98 machine with Connor de Phillippi, Marco Wittmann and Martin Tomczyk, told Autosport he was pleased to give the M6 a podium in its final Nurburgring 24 outing as BMW’s flagship GT3 car.

“It was a great way to end the last year of the M6 at the Nordschleife,” said van der Linde, who will continue to race the M6 in the DTM this year with Rowe.

“We showed again, even though it is older than the other cars, we were able to get on the podium, and the win was on the cards at one stage I think.

“We were leading with one and a half hours to go, but we got stuck in a Code 60 [slow zone] and we lost around 15 seconds, which was what we needed to get ahead of the Porsche.

“We were fast all race, we would have deserved it, everyone drove well without any mistakes. I’m happy for the team.” 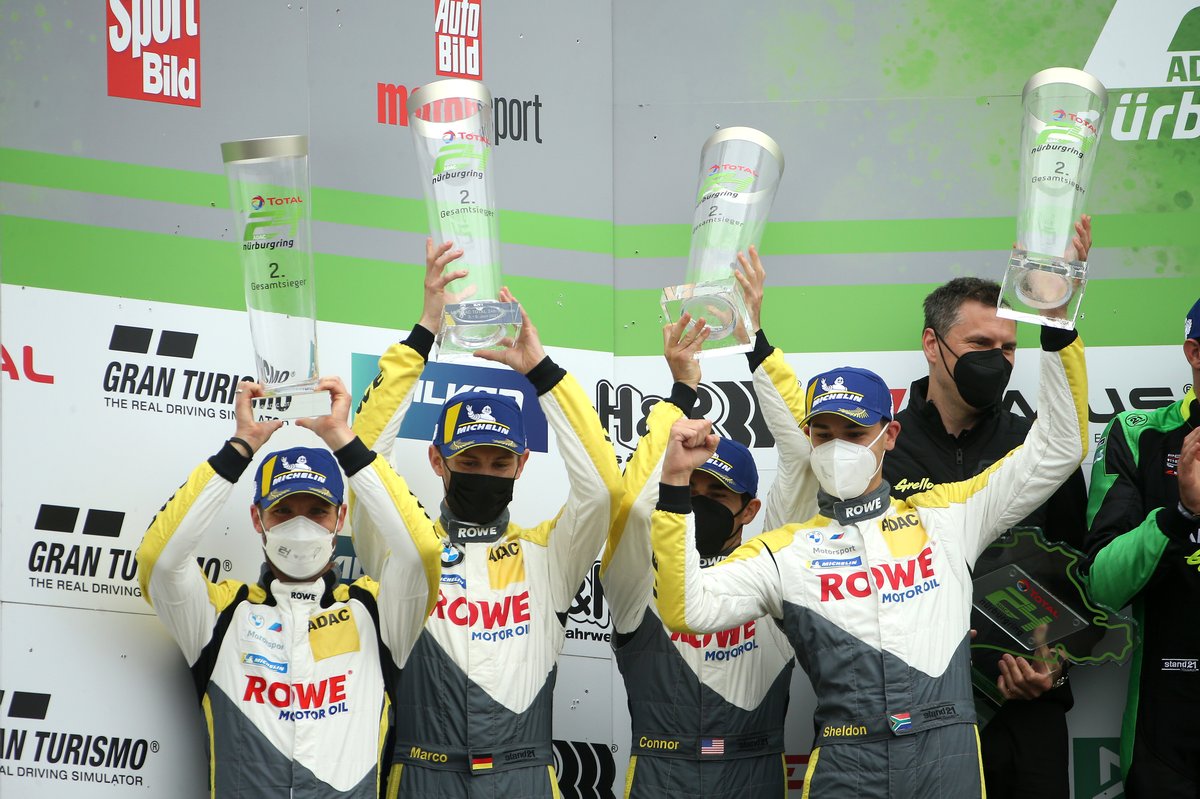 Van der Linde was at the wheel of the #98 car for most of the final three hours after taking over from Tomczyk at the first post-restart pitstop.

At that stage, both the BMW and the Manthey Porsche were on the same strategy, but Rowe elected to come in two laps earlier at the next cycle of pitstops in a bid to take advantage of a Code 60.

That resulted in van der Linde moving into the net lead, but with a longer final pitstop hanging over the team – which proved decisive in allowing Kevin Estre's Porsche back into the lead.

Explaining the decision to go off-strategy, van der Linde said: “We were searching for track position, and we timed it well because there was a Code 60 at that point, which I cleared as soon as I exited the pitlane after my stop.

“I think we timed it well, but we lost it again in [another] Code 60. It always evens itself out, and we can’t be too upset with P2.”