Preston began his motorsport career at the Arrows Formula 1 team as a stress analysis engineer and worked there until the team's collapse, prompting a move to McLaren to work alongside Adrian Newey.

After two years at McLaren, Preston set up his own outfit, collaborating with ex-Arrows employee Aguri Suzuki to create the Super Aguri F1 team.

He worked as the squad's technical director for two years until Super Aguri folded during the 2008 F1 season, before the team was reborn as a Formula E outfit ahead of the inaugural season in 2014.

Having that understanding of F1 and FE, the Techeetah head can only see one route for young engineers to look at.

With experience across F1 and FE, Preston understands what it takes to succeed in various motorsport categories.

"As team principal, I have become more general over time but I still draw on my experiences from being technical director, head of R&D, stress engineer and other roles to help support the team," he says. 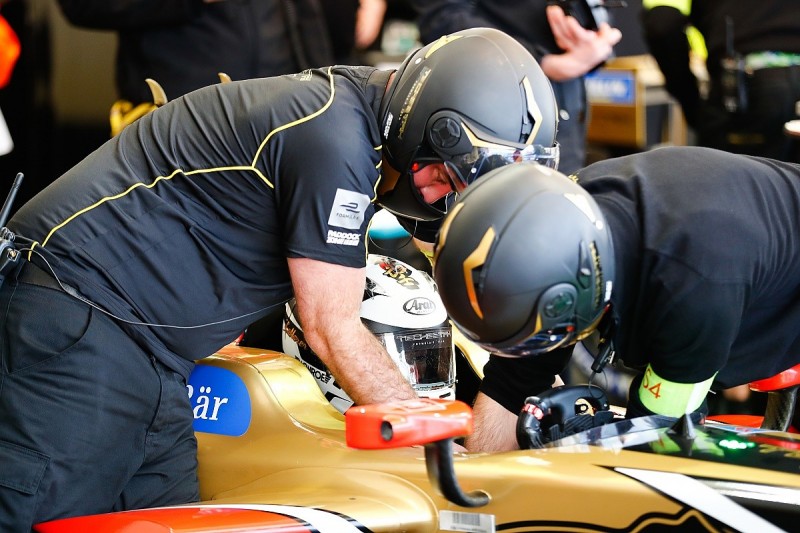 Preston says the main difference between working for a Formula E outfit compared to an F1 or World Endurance Championship LMP1 team is the scale of the operation, giving FE personnel a variety of different challenges.

"Compared to other smaller series like F2 and F3 it is probably mostly the level of technology that is involved in an FE car.

"FE cars have a lot of electronics and software requirements."

Smaller teams - and fewer perceived opportunities to find a job as a result - might prompt prospective engineers to look elsewhere, but Preston believes as more students move into electrical engineering positions will open up at teams.

"There are less opportunities, but I would also say that trained graduates in EV's are not that common," he says.

"I'm not sure that it balances out yet. There are a lot of MGU type things in F1/LMP1 as well."

How qualifying can become a distraction