Formula E has gone from being a "fad" to the ideal long-term motorsport career path, says one of its leading team bosses

DS Techeetah team principal Mark Preston has been involved in FE from the outset, and his team took Jean-Eric Vergne to the 2017/18 drivers' title and only narrowly missed out on the constructors' championship to Audi.

Preston told Motorsport Jobs both the public and industry perception of FE has changed since its inaugural season in 2014 - when people "thought it was a fad" - and that this has had a big impact on recruitment.

"The overall professionalism of the sport has increased and therefore it brings in a larger amount of experienced people from other sports," said Preston.

"At the beginning, there were not many manufacturers and now we are heading towards a full grid - which brings with it other challenges."

But Preston is quick to point out that FE still has some way to go before it can rival the employment draw of Formula 1. 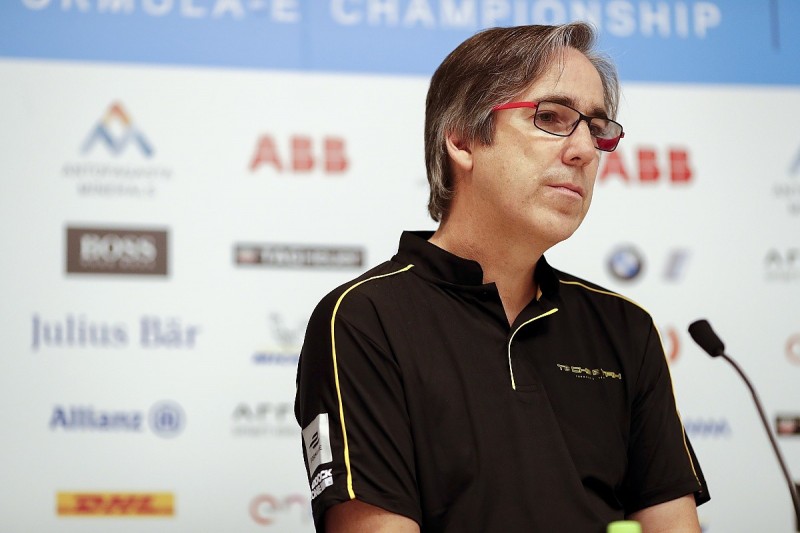 "Currently, F1 has larger workforces given the difference in rules," he said.

"For example, changes in hardware are allowed all through the season, which then drives more requirements [for employment].

"The budgets are still a lot higher in F1 and that comes with extra requirements for people.

"But electrical power is certainly the future and most series, including F1, have a large element of electrical knowledge required."

There have been major technical changes to FE machinery ahead of its fifth season in 2018/19, including the introduction of the mandatory halo and technology upgrades that mean an end to mid-race car changes.

Preston says this, and the increasing manufacturer presence in the field, has presented both an extra challenge to the now DS-affiliated Techeetah team and created further job opportunities.

"S5 car has more capability and the competition keeps getting tougher," he said.

"And therefore away from the track there is an increased level of engineering and organisation required and that will just keep increasing as the competition gets hotter."

Motorsport Jobs: How FE is luring engineers from national level