Alan Hyde to be live stage host at 2019 Autosport International

Perhaps most known for his work with the British Touring Car Championship, spanning more than two decades, Hyde is part of the team behind Radio Silverstone and also hosts the self-produced BTCC-themed radio show, 'Tin Top Tuesday'. In addition, he produces and presents radio, television, podcasts and regularly contributes motorsport content to national radio stations.

His vast experience is sure to bring the stage to life, encouraging drivers, engineers and team principals alike to share their anecdotes, experiences and views of the motorsport industry.

The stage will also see the return of the glass-fronted 'live newsroom', where visitors to the show can gain insight into how the busy Autosport.com editorial team works to pull its stories and content together, in a rare glimpse into this intrinsic part of the motorsport world.

Autosport International Events Director, Kate Woodley, said: "The Autosport Stage is always a focal point of the show, offering fans a first-hand take on the action on- and off-track. Alan's experience and expertise, combined with the stars of the sport due to be announced over the coming weeks, are sure to result in a thoroughly entertaining programme."

Hyde, said: "What a gig to be offered! One of those offers that doesn't come along too often in a career. I know the calibre of guests Autosport International attracts from around the world, so I know I'm in for an entertaining and star-studded ride. I also know I have big boots to fill - boots that belonged to a very good friend of mine - so I know the bar has already been set incredibly high, and it's my job to maintain that standard. What a privilege!" 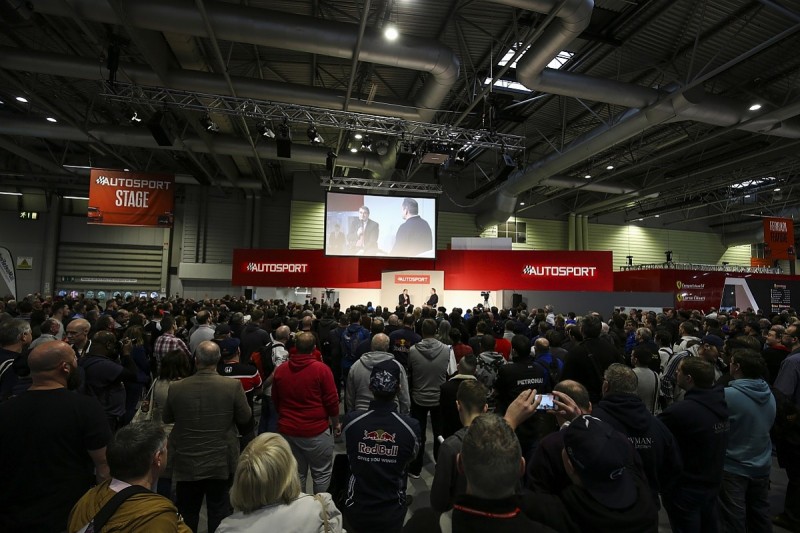