Recently-signed Williams Formula 1 academy driver Logan Sargeant will step up to the FIA Formula 2 Championship with Carlin next year, the team has announced.

The American 20-year-old will re-join the British team for their third season together, after campaigns in the F4 British Championship (2017) and FIA Formula 3 Championship (2019) before spending the past two years in F3 with Prema Racing and Charouz Racing System.

Sargeant, who will make his F1 test debut with Williams in this week's Abu Dhabi young driver test, finished seventh in the 2021 F3 standings with a single race win at Sochi, having taken newly-crowned F2 champion Oscar Piastri down to the wire in 2020 before finishing third.

Prior to F3, he took a third-place finish on his Macau Grand Prix debut in 2019, and had placed fourth in the Formula Renault Eurocup Championship the previous year.

Sargeant is the first driver to be named in Carlin’s 2022 FIA F2 line-up. The team finished third in the 2021 teams’ championship, with Dan Ticktum and Jehan Daruvala mustering four wins between them.

Speaking about his F2 programme, which follows a one-off outing with the HWA Racelab team in Jeddah that yielded a best finish of 14th, Sargeant said: “This is an incredible week for me!

“To get my first taste of the [Williams] FW43B tomorrow and then follow that up with three days testing in my new F2 car is just incredible.

“I can’t wait to re-join Carlin who have been so strong in F2 and get to work on our 2022 programme. Big thanks to Trevor, my management at Infinity and of course Williams Racing for this incredible opportunity.”

Team Principal Trevor Carlin added “We’re delighted to work with Logan who has always been a great talent. Having worked with him in F4 and F3, it’s great to now be able to complete that ladder in the FIA Formula 2 Championship. 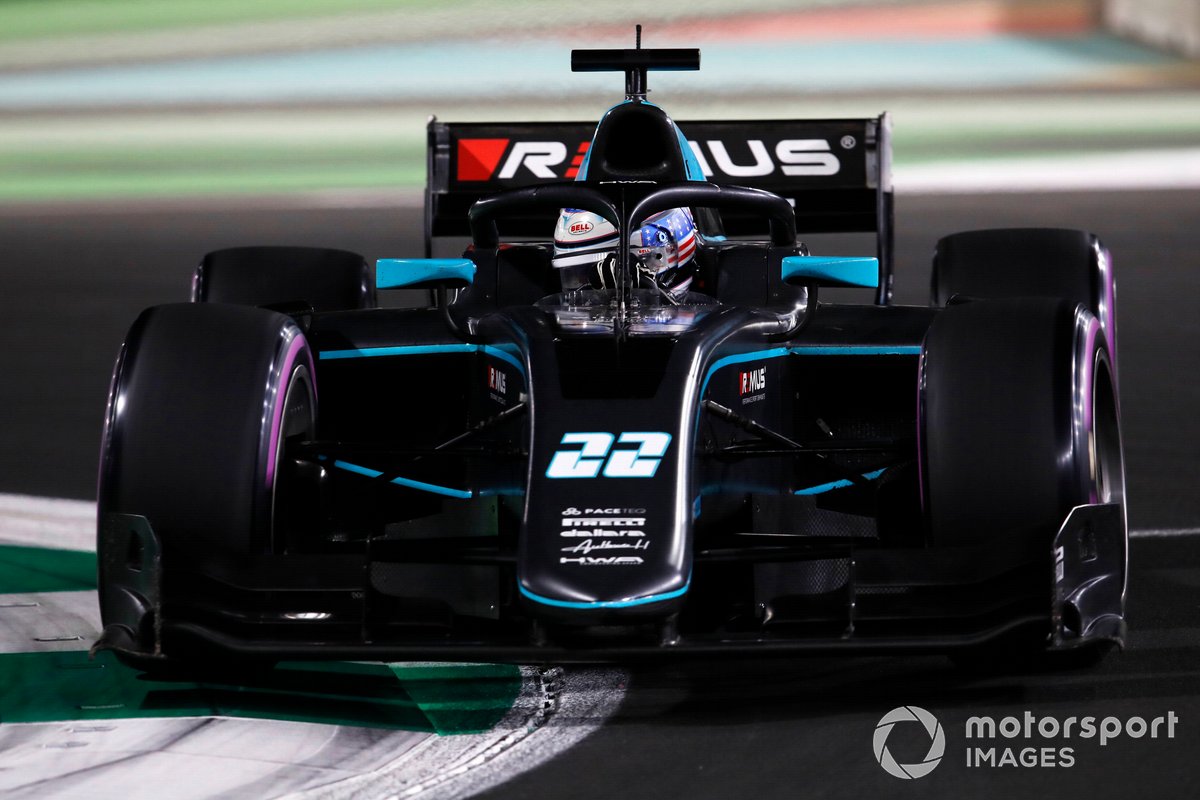 Sargeant made his F2 debut in Jeddah with HWA

“Over the years we’ve seen him grow and mature as a driver and without a doubt he’s ready for a strong campaign in F2. We’re also very proud to be entrusted by Williams Racing with their newest Academy Driver and look forward to getting the programme underway this week in official testing.”

It was announced in November that Sargeant had joined Williams’ junior programme as part of a “long-term agreement”, alongside fellow F2 drivers Roy Nissany and Jack Aitken and two-time W Series champion Jamie Chadwick.

Sargeant had admitted that prior to joining Williams, his continuation on the single-seater ladder had been uncertain.

He made selected sportscar outings this year in LMP2 and GT3 machinery, in the European Le Mans Series and supporting Michelin Le Mans Cup.