Logan Sargeant says his continued participation on the Formula 1 single seater ladder was “looking difficult” before he signed up to join Williams’ Driver Academy.

The 20-year-old American finished third in last year’s FIA Formula 3 championship, driving for Prema Racing, but was unable to move up to F2 for 2021 due to a lack of budget.

That meant he returned to the third-tier series for this season, where he eventually finished seventh for Charouz Racing System with a single win at Sochi.

Sargeant, who also made select sportscar racing appearances in LMP2 and GT3 machinery in 2021 alongside his F3 programme with TF Sport and Iron Lynx, had been due to take part in an IndyCar test with AJ Foyt on Monday, but it was cancelled on Thursday – one day before his Williams deal was announced.

When discussing his future career with select media including Autosport at the US Grand Prix at Austin this weekend, Sargeant said he “know[s] what I’m doing next year but I can’t say anything on what I’m doing just yet,” although he did allude to it being “connected” to his Williams Academy berth.

Autosport understands that Sargeant is now set to finally graduate to Formula 2 for 2022 and the 20-year-old suggested that without his new place with Williams, making further steps in single seaters had been “looking difficult”.

Sargeant added: “Luckily in the previous years before the budgets really ramp up, I had some family money that I was able to help get me there – also a few personal sponsors.

“I was fortunate to have that help and support from my family, but once the budget gets super, super high, it becomes difficult for anyone.” 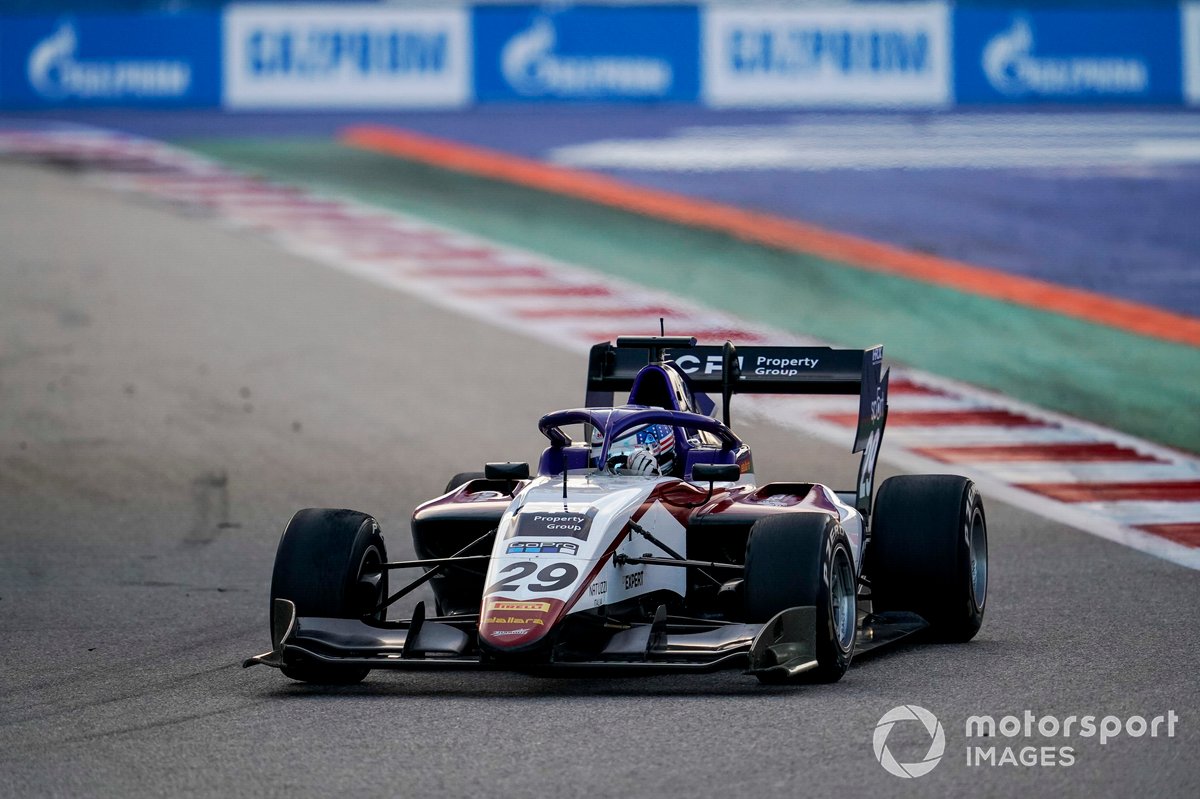 Williams has said that Sargeant’s new position means he will be used to “conduct simulator work and help with car development as part of a long-term agreement, becoming fully immersed into the team both trackside and at the factory in Grove”.

The move marks Sargeant’s first affiliation with an F1 team and he said, “my priority [now] is just to work with Williams” and “get immersed there”.

He added: “I’m just going to use all the assets, learn as much as I can and help them in whatever way I can as well.”

Sargeant has impressed observers throughout his junior career, with results including third place in the 2017 British Formula 4 championship and third at the Macau Grand Prix with Carlin two years later.

He is managed by the Infinity group that also manages current Williams F1 driver George Russell.