Markelov struggled in qualifying at the opening two rounds of the season, managing a best of 15th in Baku.

But he qualified third for the opening race in Monaco, using a new Dallara chassis, and converted that into his first feature race win of the season.

Fourth in the Sunday sprint race then helped him rise to joint-second in the drivers' standings, 27 points behind Lando Norris.

"We really had a boost for the team, for me as well, and hopefully we'll move forward now," said fifth-year series driver Markelov.

"That's the second weekend I've really enjoyed the car and [I'm] really enjoying what's going on around me.

"Hopefully that will be the turning around [point]. We changed the chassis and it's [the car] getting much better."

Markelov has traditionally been kind on Pirelli's F2 tyres and his ability to nurture the rubber played a part in his first feature race win of the season, after a crash between leaders Alexander Albon and Nyck de Vries on lap 13 of 42 initially gave him the lead.

A number of drivers opted for an alternative strategy by starting on the supersoft tyre before switching early to the soft. 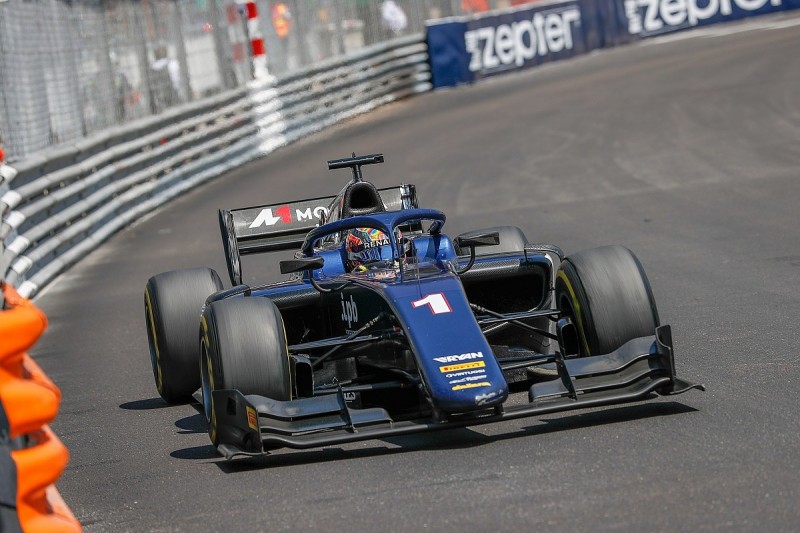 Prema's Sean Gelael was one of those to gamble on the alternative strategy, ending up second, and Markelov had to push hard mid-race to extend a sufficient gap before pitting.

"The guys were crashing in front and that was a nice boost for me," he added.

"I was pretty much alone all the way and I was just trying to look after myself each lap.

"I'm looking after the tyres and I'm pushing at the same time, this is different compared to the other drivers.

"I'm improving this in the races and it's getting better every time."