DAMS has criticised the "harsh" penalty given to Alexander Albon after his Formula 2 pitlane crash in Monaco with Nyck de Vries, whose Prema Racing team labelled the shunt "silly"

De Vries elected to pit from second under a safety car on lap 13 of the 42-lap feature race and took a shallow line into the pits, but race leader Albon's wider line into the pitlane appeared to take de Vries by surprise.

Albon was given a five-place grid penalty for the incident that was applied to the grid for Saturday's sprint race, from which Albon retired after crashing into Roy Nissany.

Anglo-Thai driver Albon claimed the absence of a pit-entry line at Monaco was a contributing factor, while de Vries believes Albon deserved a penalty.

"We are not very happy with the decision," DAMS team boss Francois Sicard told Autosport.

"I think it's a bit harsh but we have to respect the decision of the referee. I was not expecting something so harsh, especially because we were under safety car and there is no overtake possible."

Sicard dismissed suggestions that Albon had attempted to cover off de Vries when he saw the Dutchman head for the pitlane, or that DAMS had made a late call to pit Albon.

"It's true when you look at the footage, he turned late, but it's not a late call from the team which is why we are really upset," added Sicard. 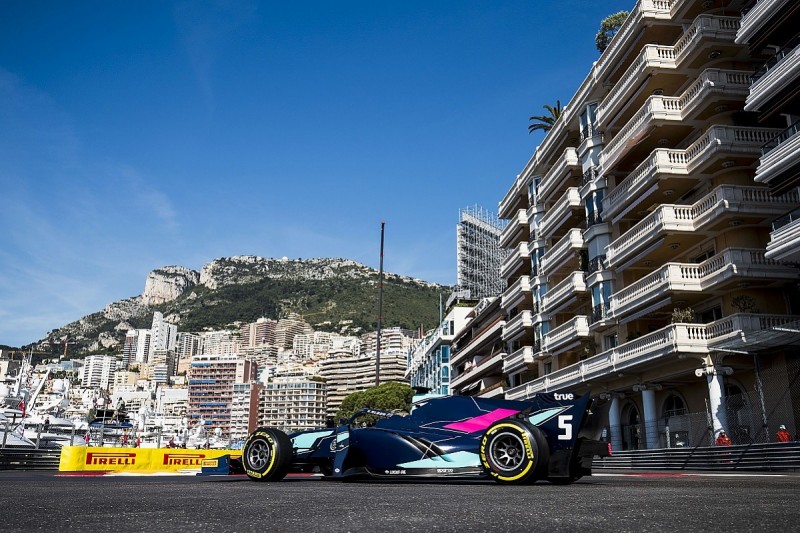 "We decided to pit early, it was at the exit at the [Turn 11 Nouvelle] chicane, and he confirmed. So we were not in a rush.

"Alex told me he was used to turning like this in free practice and qualifying. We had no restriction for the pit entry in Monaco so he did what he thought was correct.

"We were under the safety car, there was no reason to be in a situation like this. Now it's done and we have to move forwards."

Prema Racing boss Rene Rosin was discontent at the points lost, with de Vries on course to benefit from a number of rivals dropping points.

Lando Norris and George Russell, both ahead of de Vries in the championship, had started towards the back of the grid after issues in practice and qualifying.

"It was a silly accident that cost us a lot," said Rosin.

"It was a good chance [to make up points], having Russell behind, having Lando behind.

"It would have re-opened the championship. When you have the chances you have to take them."