Arden appears to be lacking in qualifying pace after testing at Jerez and Barcelona with Hubert and Alfa Romeo reserve driver Tatiana Calderon, a pair of rookie team-mates.

Hubert set the 18th and 19th fastest times in Jerez and Barcelona respectively, while Calderon was 20th in both tests.

The team inked a deal with DTM and Formula E outfit HWA for 2019, but the deal didn't come until January.

"At the moment it's not really good, we are struggling with qualy pace," Hubert told Autosport.

"You can't know exactly where we are as you never know what people are doing in the test.

"But everyone does at least one fast lap and when we we did, we are missing some time.

"There's something we don't understand. It needs to come from both sides, I'm not blaming the team.

"We both need to work. You can always improve and do better.

"If we look at the results from the two tests, I can't go to Bahrain and think I'm going to challenge for the top five.

"I'm sure that the beginning of the season is not going to be easy and some of the tracks are new to me, but I think we can only improve and make things better and that's definitely the target." 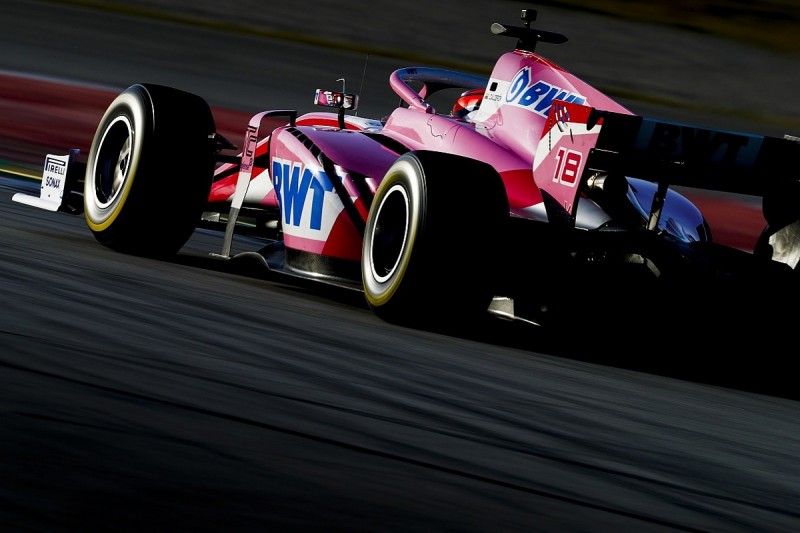 Despite the team's qualifying issues, both Hubert and Calderon agree that the race pace in testing is more positive ahead of this weekend's Bahrain season opener, which will be new to them both.

"There are some good aspects. We look good in race sim, but it's not the same in testing as it is on a race weekend," added Hubert.

"I've had a deep look into Barcelona and they have looked into data and hopefully we have found something to go quicker.

"We need to prepare [well] for Bahrain as I've never been there and it's my first F2 race weekend. It will be a challenge but I'm looking forward to it."

Calderon, pictured above, added: "It was a tough start to be honest, but race pace looks better than our qualifying pace.

"We know we are a little bit further away than we thought initially, but winter testing is always tricky because we never race in those sort of conditions.

"Let's not panic until we've done the first weekend and seen where we are."

Bahrain was one of the stronger events of the season for Arden last year.

Maximilian Gunther took an eighth and a second, while Nirei Fukuzumi also scored an eighth in race two.