Last year's GP3 runner-up Aitken has been one of the drivers hit hardest by the difficult clutch on the new F2 2018 car, stalling in three of the first four races for ART Grand Prix, and lies sixth in the points.

But Renault has still decided to give the British driver his first outing in an F1 car, with Aitken in action on Wednesday in the in-season test at Barcelona.

"They've shown their faith and they're quite human at Renault compared to some other programmes, they really are working in the best interest of the drivers," the 22-year-old told Autosport.

"I think they've been really understanding, they want to know the facts.

"We've been talking with the team and I think Bahrain [stall] could have been more my mistake, but in Baku they saw that wasn't really in my control.

"The pace has been good and I've been going quickly."

An update to fix software problems in the clutch has helped Aitken take a step forward with the start procedure. 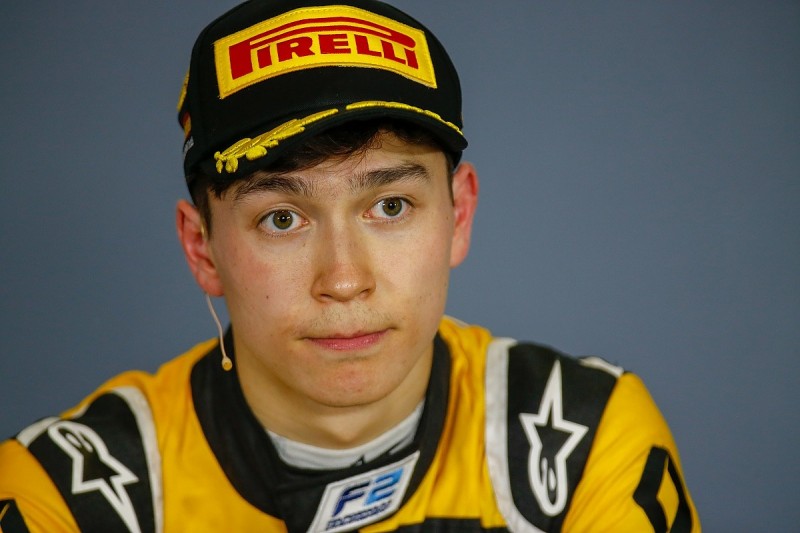 He scored a second place finish in the Baku sprint race, starting from the pitlane, and a win in last Sunday's Barcelona sprint race.

Despite the improvement, Aitken still believes there is work to do to develop the clutch and the software further.

"The clutch itself is similar but some of the electronic management is a little bit better," he explained.

"We saw Nick [Latifi] stall on Saturday so it's still not bullet proof, but I think they're [F2] continuing their work. There's still work to do."

Aitken's ART team-mate is also in action during the F1 test for Force India.