Fittipaldi started the race from pole but dropped behind his Lotus team-mate Rene Binder as well as Diego Menchaca off the line, as he again struggled with the troublesome clutch that had caused him to go from the front row to last on Friday.

The Brazilian was however quickly able to claim second back from Menchaca, who ran wide at La Source, and then passed Binder on the outside of Les Combes for the lead.

Fitipaldi managed to build a gap of around two seconds over Binder before his stop, but the double Silverstone winner then suffered a slow tyre change that cost him 20 seconds and dropped him out of contention.

That issue handed the net lead to Isaakyan, who had jumped Binder in the pits. 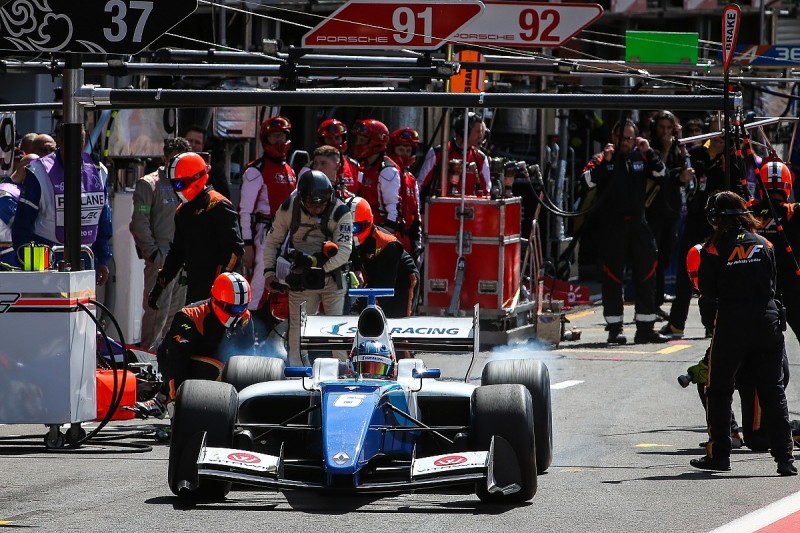 The Russian was only fourth at the end of the first stint but served his pitstop a lap later than Binder and Menchaca, which was enough get ahead of the duo.

AVF driver Isaakyan then managed his advantage in the remainder of the race to claim his second win in the series.

Race one winner Alfonso Celis beat his Fortec team-mate Menchaca to the final podium spot despite making two mistakes during the race, running wide first at Pouhon and later the Bus Stop chicane.

RP's Roy Nissany was also able to make a late move on Menchaca for fourth, ahead of the recovering Fittipaldi and Orudzhev.