With the temperature rising as the desert track reached midday, SMP Racing/AVF driver Isaakyan left it until his last lap of the session to set a 1m44.727s, edging out Fittipaldi by 0.095 seconds.

A subsequent lap deletion for a track limits infringement then dropped Fittipaldi back to the outside of row two.

Fittipaldi and Isaakyan are fighting to become the final FV8 3.5 champion, with the series announcing on Friday morning that it will cease after this weekend's season finale.

Championship leader Fittipaldi was the pacesetter for much of the 30-minute session as he battled with series debutants Tatiana Calderon and Henrique Chaves, who were both immediately on the qualifying pace.

Chaves, promoted from AVF's Formula Renault Eurocup line-up to its FV8 car this weekend, was the only other driver to set a time in the 1m44s. 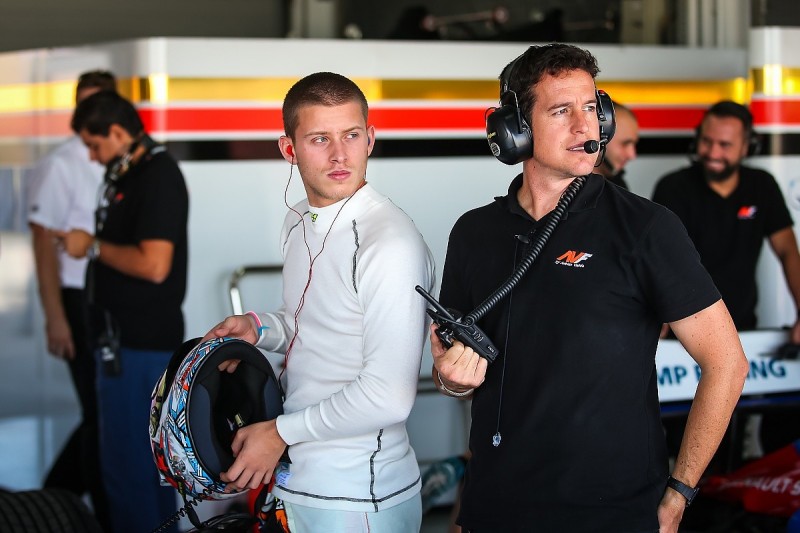 The Portuguese driver's 1m44.899s put him on provisional pole with two minutes remaining until the championship contenders relegated him to the second row - with Fittipaldi's penalty then putting Chaves on the front row after all.

Practice pacesetter Rene Binder, who was happy with the set-up on his Lotus entry after a strong performance on Friday but could not translate that into pole, lines up third.

Fortec Motorsports' Diego Menchaca and Alfonso Celis Jr will start race one in eighth and ninth. Long-shot title hope Celis complained of a continuing lack of speed and overheating issues with his car's engine.

Rounding out the field is Roy Nissany as the RP Motorsport driver focused on fine-tuning his set-up for Friday night's race after a bent steering column hampered his practice day.