Egor Orudzhev took his first victory of the 2017 Formula V8 3.5 season, sealing a one-two for the SMP Racing-branded AVF squad ahead of team-mate Matevos Isaakyan

Pietro Fittipaldi started on pole position but struggled to get off the line, falling down the order as the field streamed past his Lotus entry, with front row starter Orudzhev taking the lead.

Things then got worse for Fittipaldi as he was involved in contact with the Teo Martin Motorsport-run machine of Konstantin Tereschenko and spun into retirement after just four corners, denting his title aspirations.

Orudzhev then cantered to victory ahead of an impressive drive from team-mate Isaakyan, who had started eighth on the grid.

Isaakyan seized the advantage after tailing the battle of Celis and Roy Nissany, before making a bold move on the outside of Turn 14 for third.

He then kept on the tail of Nissany, dispatching him for second with three laps remaining. 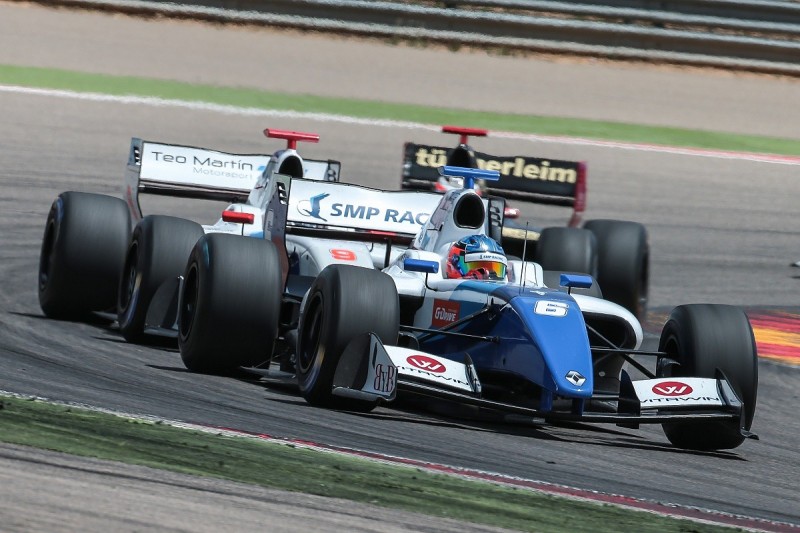 That left Nissany vulnerable to the advances of Celis, who steered his way through late on the final lap to secure third.

The tight battle for fourth between Nissany and championship leader Binder was settled late on, with Binder finishing fifth after starting a disappointing seventh.

Austin FV8 3.5: Binder and Orudzhev lead the way in practice