Jean-Eric Vergne says DS Techeetah must solve the garage computer issues that occurred during Formula E's Monaco and Berlin races, joking he would "burn" the kit if the problem reoccurs

But the reigning champion was frustrated by the timing of the race's full-course yellow period, which he felt cost him a late-race energy advantage over his rivals and occurred at the same time his race engineer was having a computer problem.

A computer-related problem also arose for Techeetah during Vergne's victory in Monaco, and he later said: "The team was a bit stressed - but everything from inside the car was fine."

Speaking after the Berlin race, Vergne said: "I was in a situation where I saved a lot of energy and everything went to the fire because it was a flat-out race [after the FCY].

"On top of that I didn't have any communication from my engineer because he had a problem with his computer, so I told him I was going to burn all the computers, which is what I'm going to do [if it happens again]."

When asked to explain his comments, Vergne told Autosport that: "My engineer had a crash-down with his computer, so I was quite furious at that time.

"It's the second race in a row. So, they need to work this out because it is not acceptable to have computers crashing down in the middle of a race.

"I guess now I'm going to look into it because I promised them another time if it happened, I'll burn all of the computers.

"That's what I said over the radio for fun, but I kind of think it actually." 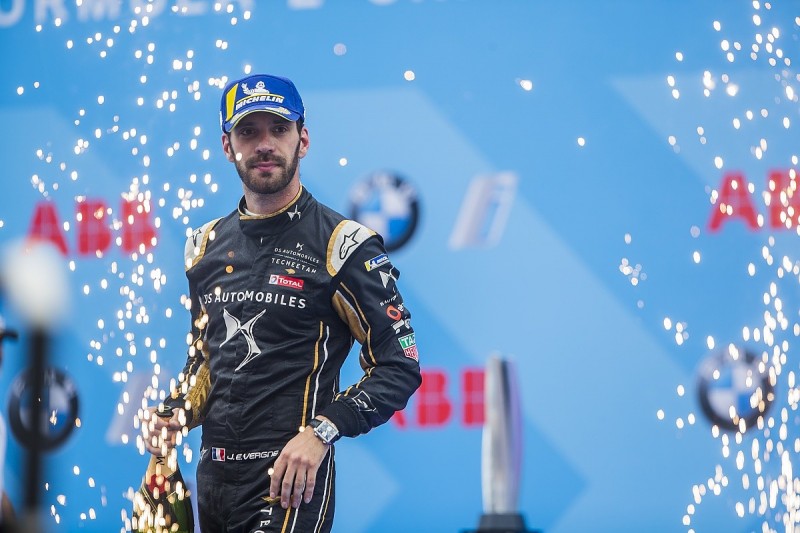 Autosport contacted Techeetah regarding the squad's computer issues and a team spokesperson said: "We're looking at it and it will be fixed for Bern."

Vergne rose from eighth on the grid in Berlin to take the final spot on the podium after making a series of late-race overtakes.

He mainly made his move at the obtuse-angle left-hander of Turn 6.

"It is all in confidence," Vergne said of his moves.

"Once you do it once and you know it works, you surprise everyone like this, because no-one really tries so they don't think it's doable.

"I had a very confidence today in my car and I had fun overtaking, it was really good."