Lucas di Grassi took a home victory for his Audi team in the Berlin E-Prix for his second ABB FIA Formula E win of 2018/19.

Di Grassi's race-winning move came early on when he dived down the inside of polesitter Sebastien Buemi at the sweeping bend of Turn 6 during the third lap.

The Audi driver then built a gap of over a second to secure back-to-back wins for his team in Berlin, ahead of Buemi.

Buemi was put under varying degrees of pressure throughout the race and was demoted to third behind BMW Andretti's Antonio Felix da Costa until the Nissan driver breezed back into second with the use of fanboost around the mid-distance mark.

Championship leader Jean-Eric Vergne finished third behind Buemi after a late charge through the field, aided by the efficiency of the DS Techeetah package.

Vergne started eighth on the grid but not long after Da Costa and Buemi's battle, scythed his way through the field with moves on Daniel Abt, Stoffel Vandoorne and da Costa helping to seal his podium position. 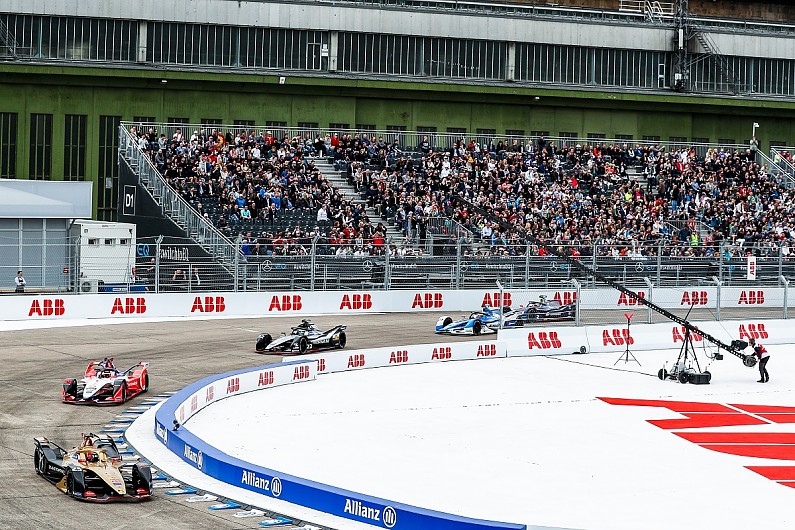 Da Costa would eventually take fourth ahead of Vandoorne and Abt.

Vandoorne and Abt's battle ran for the majority of the race, with the Audi driver's late final use of attack mode putting the HWA driver under pressure.

Alexander Sims had made it into superpole at Berlin but started 11th following his five-place grid penalty earned in Monaco.

The BMW driver made steady progress to climb into seventh ahead of Oliver Rowland and clear of a frenetic battle for the final points-paying positions.

Rowland took eighth but was warned for a move on Mahindra Racing's Pascal Wehrlein after nudging the ex-Formula 1 driver into the outside wall during his overtake.

HWA's Gary Paffett had secured fourth on the grid in Berlin but progressively fell through the field to finish a disappointing 16th.

Andre Lotterer headed into the race one point behind team-mate and championship leader Vergne but suffered a setback when he pulled into the pits with a suspected battery problem. 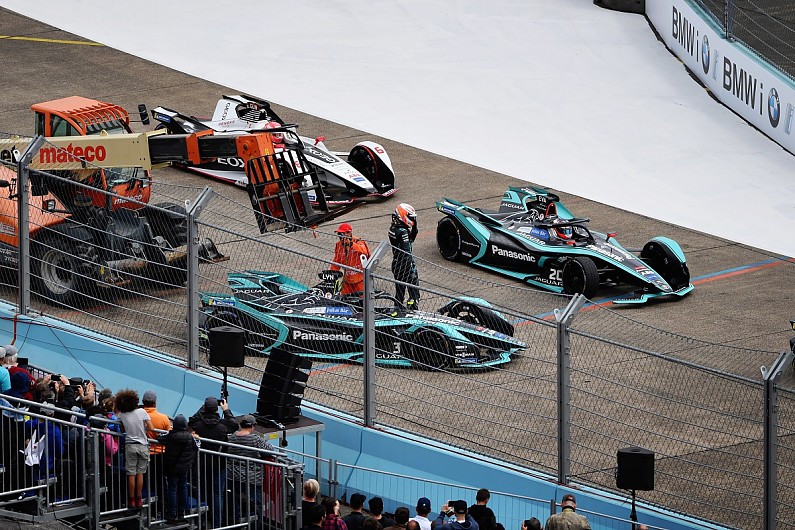 Jaguar's Alex Lynn was the only other driver to retire from the race when he reported a rear-axle problem that brought him to a halt on the start/finish line and caused a short full-course yellow period.

Lynn had been impressive early in the race as he battled his way into an early third place over Vandoorne but also earned a warning for an early clash with Paffett.