Mitch Evans' title hopes became more precarious after failing to make the qualifying duels, with a 21-point gap to overcome if he is to win the 2021-22 Formula E title, and starts only 13th after being bumped out of the top four of his group late on.

The final battle between da Costa and Mortara was incredibly close over the opening pair of sectors, with Mortara's wafer-thin gap of 0.004s at the end of the first sector swinging in favour of da Costa by the end of the second part of the lap.

Although da Costa's 0.024 advantage at the close of sector two was tenuous, the Portuguese had the advantage over the final straights and managed to grow his buffer to just over a quarter of a second, enough to claim pole.

An even closer semi-final encounter between da Costa and Jake Dennis went in the DS Techeetah driver's favour, with the two separated by just 0.125s. Thus, da Costa was granted passage to the final.

Vandoorne's hope of making Evans' task even more difficult by claiming the points for pole position was denied by Mortara, who had his car simply more hooked up through the lap than the championship leader.

Dennis' lap was ultimately quicker than that of Vandoorne, and thus hands the Andretti driver third on the grid.

In the quarter-finals, Robin Frijns initially had a slight upper hand over da Costa after the opening sector of their duel, but the 2019-20 champion reversed the arrears and edged ahead by the second part of the lap - proving enough for a semi-final place.

Mortara had made his way past Dan Ticktum, as the Briton was making his and NIO 333's first duels appearance. Despite Ticktum's best efforts, the Venturi driver proved too strong - and Mortara thus bagged a semi-finals place. 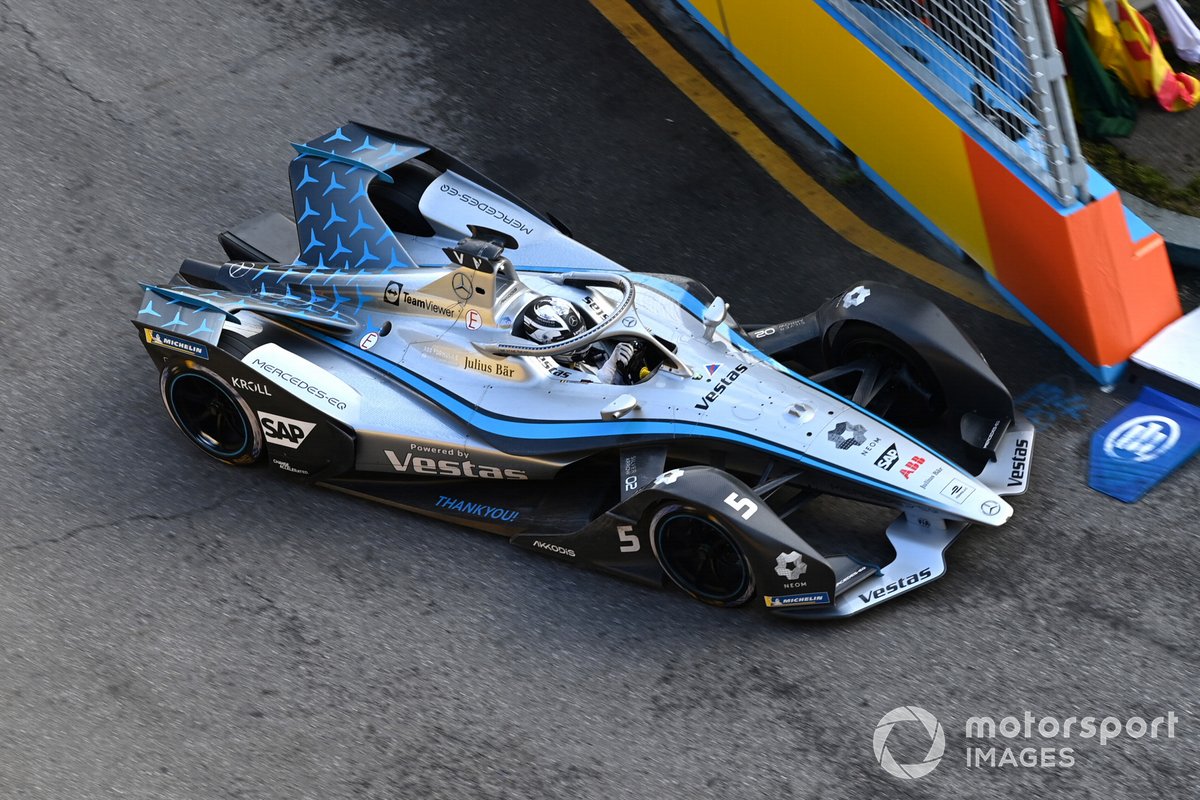 Jean-Eric Vergne's attempt to make the semis was over as it began, as he locked up into Turn 1 and thus shed over a second to Vandoorne in the opening corners.

He was joined by Dennis, who overcame Lucas di Grassi. The Brazilian had closed him out in the quarter-finals in Saturday's qualifying session, but the Avalanche Andretti driver repaid the favour on Sunday morning.

On account of their quarter final times, Robin Frijns starts the season finale from fifth, alongside di Grassi, while Ticktum's lap granted him seventh on the grid ahead of Vergne.

Saturday polesitter Oliver Rowland was unable to repeat his heroics and fell by the wayside in Group A qualifying, over half a second off of Mortara's headline time from the session.

Sergio Sette Camara was within a shade of doubling up on duels appearances in Seoul, but was nudged out of the top four by Frijns at the close of the session. The Dragon driver however outqualified Nyck de Vries and Nick Cassidy - and starts 10th behind Maximilian Guenther - who also shuffled Evans down a space in Group B.

Dumped out of the duels having only gone seventh fastest in his group, Evans had tapped the wall in the first sector and losing about a tenth relative to his rivals.

The Kiwi's time was enough to initially get into second behind Dennis' headline time, but he tumbled down the order as the two DS Techeetahs and Ticktum pushed him out of the progression zone.

He starts behind Oliver Askew and Nyck de Vries, as the reigning champion looks set to abdicate his crown to his Mercedes team-mate.

Antonio Giovinazzi's replacement Sacha Fenestraz - standing in because of the Italian's injury - starts from 21st, ahead of Alexander Sims on the back row.

Sims looks set for a difficult final Formula E race having had to take a 60-place grid penalty for a full house of new powertrain components - and thus will serve a 10-second stop-go during the race.