London E-Prix winner Jake Dennis has expressed his surprise at the success of his Formula E rookie season after his debut ‘opened his eyes’ to the high level of competition.

Adding to his early-season Valencia victory, the Brit took control of the first race at the ExCeL Centre with a late move for attack mode that earned him track position over polesitter Alex Lynn.

The win by 5.3s boosts BMW Andretti driver Dennis to third in the drivers’ standings, only two points behind leader Sam Bird while reigning champion Antonio Felix da Costa is in second.

This form comes at a time when Dennis, who won an internal BMW shootout to secure the seat over factory DTM drivers Lucas Auer and Philipp Eng, is vying to be retained by the Andretti Autosport race team who will take control of the entry in 2022 after BMW quits the series.

Asked about his first campaign in Formula E, where he leads Envision Virgin Racing driver and fellow rookie Nick Cassidy – a Super GT and Super Formula champion – Dennis said: “If someone had said to me that I'm going to second be in the championship, you'd take it with both hands.”

This follows a double-header debut in Saudi Arabia in late February when Dennis scored 12th in the opener and then crashed out of the second race.

Dennis said that weekend had ‘opened his eyes’ to the level of competition in the Formula E field.

He said: “After Saudi, it was a bit of an eye opener for level and obviously the nature of the championship. 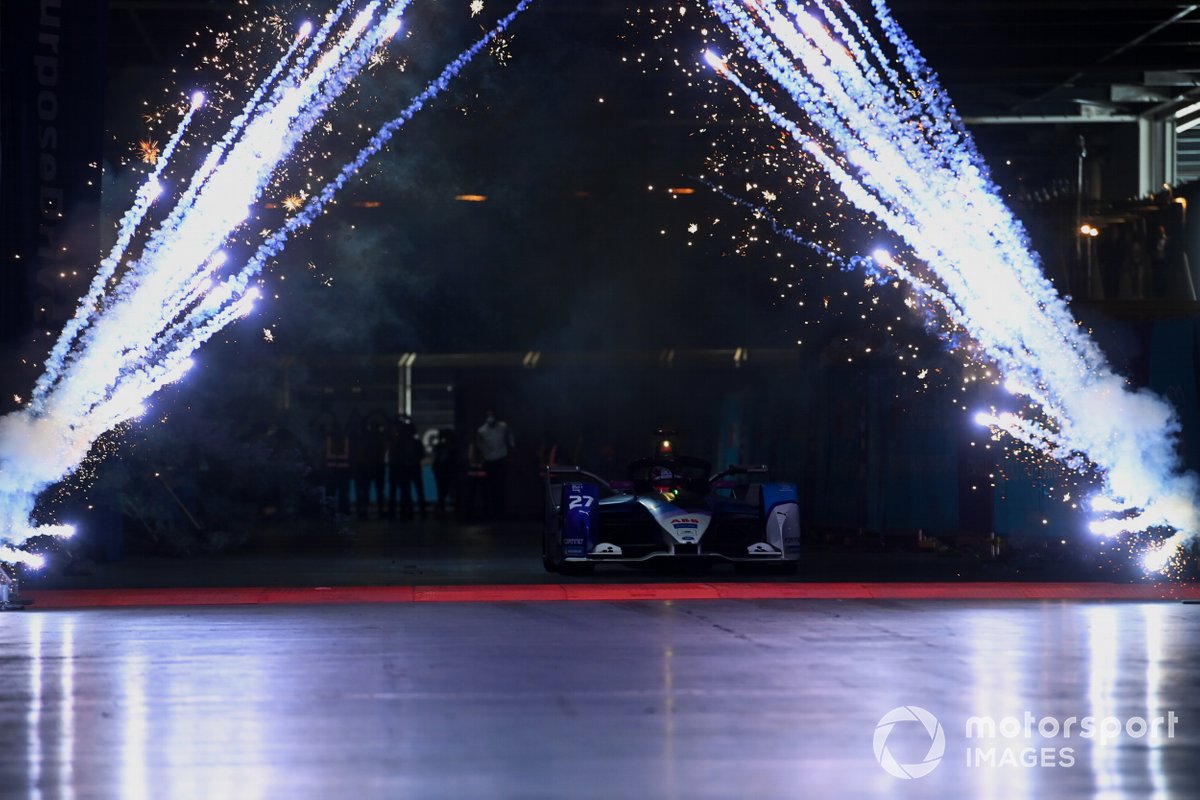 “Just how difficult it is to put one lap in in qualifying when you only really have one proper stab at it in free practice.

“That was one of the most challenging things. I've started getting my head around it now.

While Dennis admitted his “surprise” at his lofty points position, he reckoned it was earned on merit but accepted that he was unlikely to fight for further wins over the final three races due to a qualifying group system that will force him to set his lap times on a green track.

Dennis said: “It's a nice surprise, but I think we do deserve it.

“We've had two wins now. We've had a few top fives [two], so we performed well.

“But we just need to now build in some consistency in these last three races.

“We don't need to hunt for wins because it's always going to be difficult coming from group one.

“We just need to put in performances like Nyck [de Vries, second up from ninth on the grid] did today, where you can come from eighth, ninth 10th and score top fives.”