Toto Wolff says Mercedes Formula E drivers Stoffel Vandoorne and Nyck de Vries both “deserve to be in Formula 1” amid links to a vacant Williams seat in 2022.

Alongside heavy speculation that George Russell will graduate from Williams to partner Lewis Hamilton at Mercedes next season, 2019 FIA Formula 2 champion de Vries has been tipped as a potential replacement for Russell.

Fellow Mercedes F1 reserve driver Vandoorne has also entered the frame for the seat in a move that would see him reunite with new Williams CEO Jost Capito, with the pair known to get on well.

The duo overlapped at McLaren Racing in 2016 prior to Capito parting ways with the Woking squad amid former chairman Ron Dennis, who hired the German, being put on gardening leave.

After potential moves for de Vries and Vandoorne gathered traction on social media last week, Mercedes motorsport boss Wolff told Autosport he hoped “very much” for both drivers to find their way into F1.

Having attended the London E-Prix in which de Vries climbed from ninth to score second as Vandoorne moved up from 14th to seventh, Wolff said: "Both drivers have the talent and the work ethic and the intelligence to be in Formula 1.

“Both of them won the most important junior series [FIA Formula 2, formerly GP2 Series].

“Stoffel was thrown in a situation with McLaren that was difficult to handle back in the day.

“They both deserve to be Formula 1 and I would very much hope they can find their way back.” 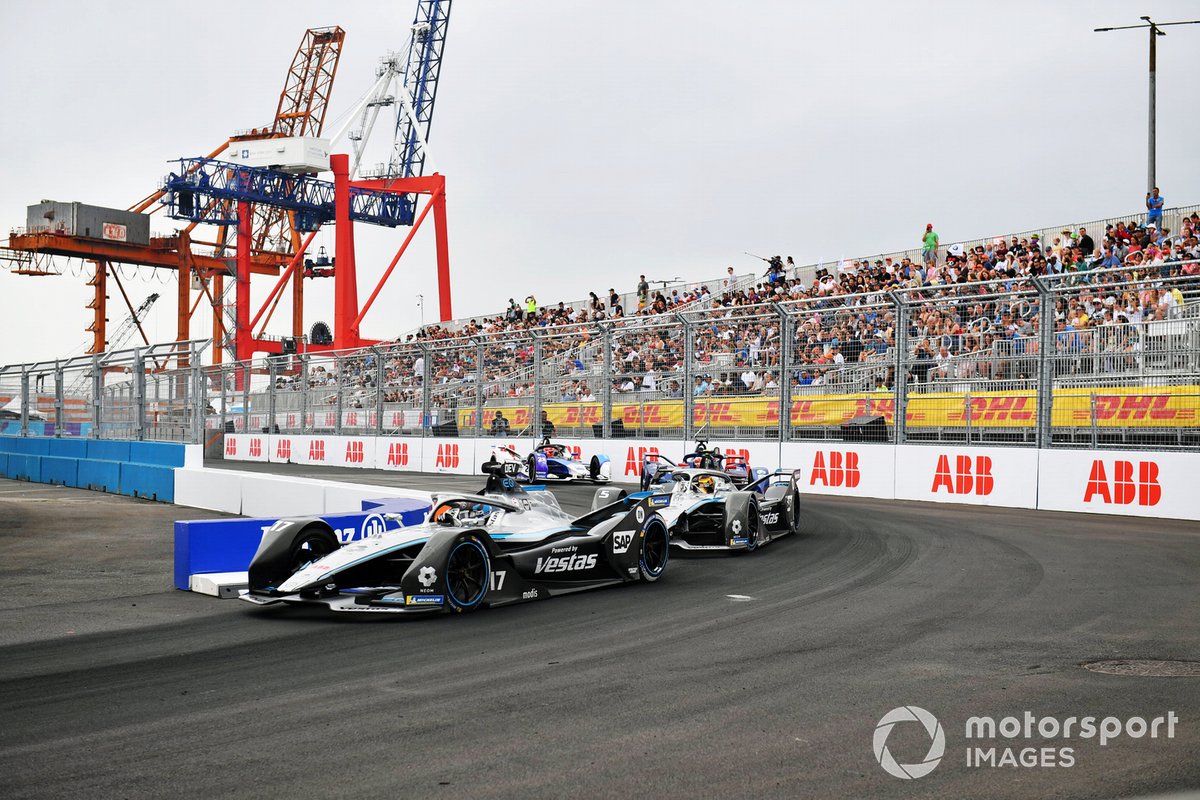 When asked if Wolff would be willing to let the drivers go despite the potential damage it would have to his company’s Formula E effort, he replied: “I'm really happy having them as our drivers in Formula E, I couldn't wish for anybody else.

“But I would never be in the way of any driver if they were to have the possibility of driving in Formula 1.”

Commenting on the links to the Williams seat, de Vries told Autosport: "I read that rumour too, and it was probably as much as a surprise to you as for me.

"I'm very happy with Mercedes and Formula E, and this is where I want to be succeeding.

“Whatever happens in the longer or mid-term future, I don't know.”

Vandoorne's F1 shot was dinted by finishing 16th for McLaren Racing across the 2016 and ’17 seasons when he was team-mate to Fernando Alonso.

The Belgian was in the frame to replace Hamilton for the 2020 Sakhir Grand Prix when the seven-time world champion tested positive for COVID-19, with the drive eventually given to Russell.

Asked if Vandoorne reckoned he was owed a favour by Wolff and Mercedes for that occasion, he told Autosport: “I don’t think that way, to be honest.

“Formula 1, from my side, I've had the opportunity to be there already.

“I've been there with McLaren, not in the best conditions, let's say.

“For me it's not like a must, it's not an obsession, like I have to be there.

“Things are on the up [at Williams] but it's not in the back of my mind.”