Heavy Friday night thunderstorms were followed by intermittent showers during the three-hour Saturday morning session at a damp Circuit Ricardo Tormo in Valencia.

That meant Mortara's late benchmark of 1m18.148s was over three seconds slower than the fastest time of last year, then set by BMW Andretti driver Maximilian Guenther.

This is despite the absence of the artificial chicane on the main straight for 2020, which has been removed to lower the number of expensive crashes at the site in recent campaigns.

Despite continuing with the DS Techeetah car from last season, with the team's new machine set for an April debut, defending champion Antonio Felix da Costa set the initial pace on a 1m20.417s ahead of team-mate Jean-Eric Vergne.

A red flag was called just 20 minutes into the session as Sergio Sette Camara, driving for the rebranded Dragon / Penske Autosport squad, ran into the gravel at Turn 6.

A second pause was then required with 50 minutes to go after Nissan e.dams racer Sebastien Buemi dropped his car off the track at Turn 3 and needed recovering.

Jaguar driver Mitch Evans suffered the most noticeable incident, crashing at Turn 6 after the throttle stuck open right at the end of the morning running. 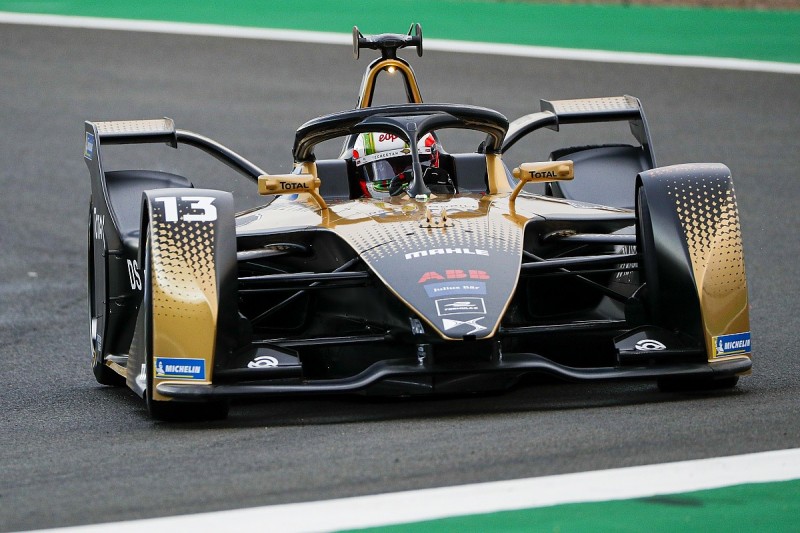 There was a late flurry of session-best times before Mortara topped the running order ahead of da Costa, who improved to end up just 0.031s shy.

The all-new powertrain of the NIO 333 car allowed Oliver Turvey to run third quickest ahead of new Mahindra Racing signing Alexander Sims and then Sette Camara.

Envision Virgin Racing's Nick Cassidy - who comfortably topped the Marrakech rookie test for the team in March - was sixth ahead of Audi factory driver Rene Rast and Robin Frijns.

Briton Jake Dennis had led the way for BMW Andretti in the final hour only to be shuffled back to ninth ahead of Jaguar's Sam Bird.

Oliver Rowland in 11th, along with Vergne and Alex Lynn, were the first drivers to have lap times scrapped because of new track limits introduced for 2020 at Turns 1 and 10.