Formula E is nearing a stage where it can directly supply drivers and engineers ready for Formula 1, according to Mercedes FE team principal Ian James

Teams are now tending to favour lower-profile racers and sportscar drivers who have instead completed extensive simulator runs and private testing evaluations.

James believes as FE gains FIA World Championship status for its seventh season, the series is nearing a point where its drivers and team staff can now move directly into F1.

"I think, FE as a series, is getting to a point now where we're going to see the flow in both directions [between FE and F1], said the Mercedes team principal.

"I don't mean just from a drivers' perspective. Take a look at the whole of the team personnel. The engineers, the mechanics, the team management and the drivers.

"I see an opportunity there where from year to year you'll see people moving between the two series. There are some very sound reasons for that.

"It just goes to show again as we come into season seven, our first season as a world championship, that status is well and truly deserved and serves us well for the future." 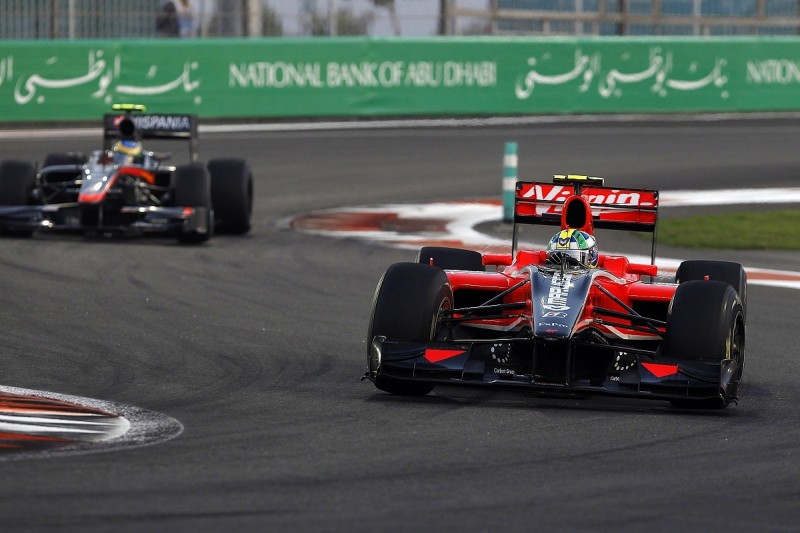 As Mercedes starts its second season in FE as a factory team, it has already benefitted from ex-F1 personnel.

Similarly, the team's operations are split chiefly between the same Brackley and Brixworth High Performance Powertrains sites as the Mercedes F1 team.

Tony Ross, race engineer to Nico Rosberg when he won the 2016 F1 title, also joined the HWA Racelab squad - the forerunner to the full Mercedes FE team entry - in 2018 and remains with the concern.

Double FE champion Vergne has also revealed that he was approached by an F1 team about a series return, while DS Techeetah team-mate Antonio Felix da Costa secured an IndyCar test with Rahal Letterman Lanigan Racing after his 2019-20 title success.